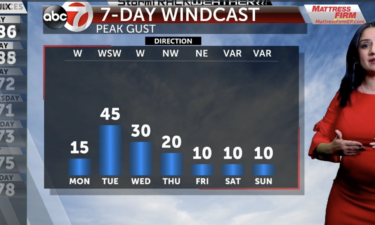 Even as Donald Trump continues to stoke insane conspiracy theories about how he will be “reinstated” as president this summer, Florida Gov. Ron DeSantis is actively positioning himself to be the rightful heir to Trumpism in 2024.

The latest evidence came earlier this week, when he signed three bills into law aimed (ostensibly) at raising the civic literacy of Florida’s young people. But if you listen to what DeSantis said at the signing ceremony, you see what he was really after.

“It used to be thought that a university campus was a place where you’d be exposed to a lot of different ideas,” DeSantis said. “But now the norm is really, these are more intellectually repressive environments that have orthodoxies are promoted and other points are shunned or even suppressed. We don’t want that in Florida; you need to have a true contest of ideas. Students should not be shielded from ideas.”

He also took time to bash socialism and communism — and some teachers who he said praise dictators like Che Guevara and Mao Zedong. Of Guevara, DeSantis said: “This guy was a total communist thug. We’re going to be pushing back on a lot of the whitewashing that’s been done.”

DeSantis even found time to take a shot at the “1619 Project,” a journalistic endeavor by The New York Times that “aims to reframe the country’s history by placing the consequences of slavery and the contributions of Black Americans at the very center of our national narrative.” Said DeSantis: “We do not want false history like you see in the 1619 Project.”

It isn’t a coincidence that each of those issues — the suppression of speech on college campuses, the embrace of socialist and communist ideals and the alleged re-writing of American history — are absolutely top-of-mind for Republican base voters these days.

That’s in large part because Trump, who remains the most powerful figure in the Republican Party, has railed against wokeness — of the media, of academia, of, uh, elites — for months now. It’s his favorite topic, when he isn’t pushing fantasies about how he won the election and how he is going to be reinstated as president any minute now.

Trump’s speech at the Conservative Political Action Committee earlier this year is instructive in this regard — and reads like a blueprint for what DeSantis said earlier this week in Florida.

“They want to promote socialism, ultimately leading, unfortunately, to communism, and that will happen. If you look at Venezuela, you look at some of these countries, that’s why some of our biggest supporters are from South America, Latin America, because they’ve seen what goes on with all of this cancel culture, and you can’t speak, and let’s cut them off and let’s not give them words.”

Later in the same speech, he added this:

“We believe in patriotic education and strongly oppose the radical indoctrination of America’s youth. It’s horrible. We are committed to defending innocent life and to upholding the Judeo-Christian values of our founders and of our founding. We embrace free thought. We stand up to political correctives, and we reject left-wing lunacy, and in particular, we reject cancel culture.”

What DeSantis is doing is offering Trumpism without a) Trump himself or b) the crazy conspiracy theories about the 2020 election. And it appears to be working.

At the Western Conservative Summit over the weekend in Denver, DeSantis actually got the most votes (275) among attendees when it came to who they would approve of running for president in 2024. Trump came in second, with 265.

While straw polls are not scientific — and have to be taken with a major grain of salt — that result in Denver was far from a lone incident.

At CPAC — yes, the one mentioned above where Trump spoke — two straw polls were conducted. The former president won the first straw poll. DeSantis won the second, Trump-less one. (DeSantis took 21% in the straw poll with Trump, the only candidate other than the former president to gain double-digit support.)

Why is DeSantis so hot right now? Much of it has to do with his bucking of the science when it came to how best to combat the spread of the coronavirus. DeSantis resisted shutting his state down and reopened it quickly, insisting that this was a fight about liberty as opposed to a public health crisis. DeSantis has drawn national headlines with his skepticism about mask wearing. And an attempted exposé by “60 Minutes” that suggested a link between a campaign donation and vaccine distribution in the state turned into an utter debacle for CBS — and manna from heaven for DeSantis.

Good politicians — and successful ones — know that timing is everything in this line of work. DeSantis knows he is having a moment — and using the power of his office to rack up more credibility among the most rabid members of the Trump base. (Worth noting: DeSantis still has to win what will likely be a seriously contested reelection race next November before he can begin running for president in earnest.)

Much, of course, depends on Trump. If he decides to run again, all of DeSantis’ posturing and positioning may not matter. But DeSantis isn’t waiting to press “go” on a 2024 bid until he hears from Trump. He’s laying the groundwork right now.