It is the first known coronavirus-related death of a person held at any jail or detention facility in El Paso County.

Vicente Rodriguez had been held on charges of aggravated sexual assault on a child since June 2018, records show. Rodriguez died on Monday, Wiles said.

The Department of Public Health weekly clusters report said that the El Paso County had 538 positive Covid-19 cases among people held in detention facilities, with one reported death. Prior to Monday, no deaths had been reported at an El Paso detention facility.

The new cluster report also revealed for the first time that a restaurant worker had died of Covid-19. The health department doesn’t identify specific locations of Covid-19 clusters.

ICE reported that 164 detainees at the El Paso Processing Center have tested positive for COVID-19. The Texas Department of Criminal Justice reported 241 Covid-19 cases among inmates at the Rogelio Sanchez State Jail.

The Texas Commission on Jail Standards only requires counties to report current active cases among inmates, rather than total cases since the beginning of the pandemic. El Paso County reported 67 active Covid-19 cases as of this week at its jails. 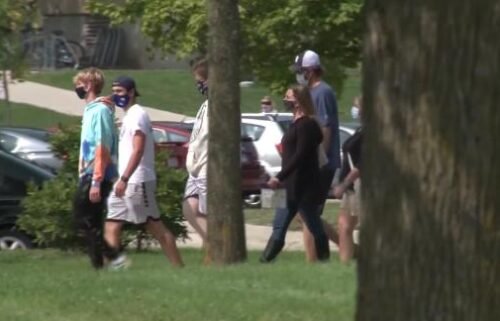