Health officials reported five new deaths, raising the fatality count to 291 - with 22 of those deaths coming over the past week. There have now been 20 consecutive days of reported deaths in El Paso County, which is by far the longest stretch of the pandemic.

The latest deaths reported involved three men in their 70s and two men in their 90s, health officials said. To date, data shows the number of men killed by the virus in El Paso County is disproportionately higher than women.

Officials also reported 132 additional virus cases on Saturday, bringing the total number thus far to 16,040. To close out the week, the county tallied 1,630 added infections and health department data reflected a 13.2% increase in cases over the previous 7-day period - ending what had been a several week decline in the rate of new infections.

Also on the rise is the county's positivity rate - the percentage of those getting tested who come back positive for the virus. The rolling 7-day positivity rate is now 12.02% in El Paso, significantly above Johns Hopkins University's recommended positivity rate of 5% or below.

The percentage of those testing positive who are asymptomatic - meaning showing no outward signs of infection but are virus carriers - is now at 22%, which is up slightly.

Hospitalizations did show continued downward movement Saturday, dropping to 234. That's the lowest number of hospital patients in just over a month. There were 78 of those patients listed in intensive with care, with the number requiring usage of a ventilator increasing over the past day by five to 38.

As of Saturday, there were 11,842 recovered cases listed in El Paso. However, recent medical research shows some of those who recover may face on-going health consequences from having been infected. 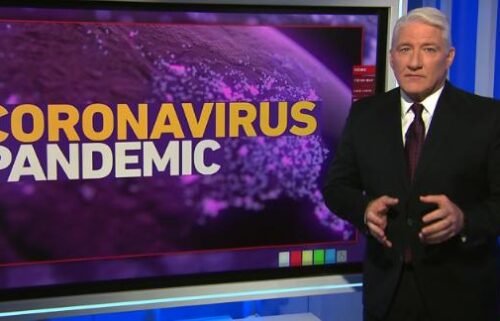