Just above the Arctic Circle in northern Norway in the small fishing village of Henningsvær — where the northern lights can often be seen dancing in curtains across the sky on clear nights — people are socially distancing.

Normally busy with tourists at this time of year when the days are growing longer in the north, the backcountry skiing is at its best and the famed cod fishery in the Lofoten Islands reaches its apex, Henningsvær (population roughly 500) is nearly empty of visitors.

One of the most popular and picturesque tourist towns in a dramatically landscaped archipelago that has exploded as an Instagram darling in recent years, Henningsvær’s hotels have shuttered.

Just two shops — a small grocery store and a convenience store — remain open to serve the locals and fishermen.

The lone school on the island, with some 50 students, has gone virtual, as is the case all over Norway these days — a scenario now familiar in places battening down the hatches during the Covid-19 pandemic.

But for the local children growing up in this harsh yet incredibly picturesque part of the planet where snowy mountains drop near-vertically into the fjords, a timeless ritual continues to play out as it has for centuries. That’s the harvesting of a most local and seasonal delicacy — cod tongues.

It’s a tradition that sees the kids getting outside and working — long fishing knives clutched in their hands — cutting fish tongues in return for what can amount to thousands of dollars for a few weeks of icy cold, character-building work.

“Like doctors, nurses, transport and other industries, the fishing industry is categorized as critical in Norway and has remained open (during the pandemic),” says Ragnhild Krogh Magnussen, a retail worker who lives in Henningsvær and has a boat and a small quota of cod she can catch each winter to sell to the local fish factories.

“The cod fishing industry is still open, so the kids are still out working, too, cutting the tongues,” she says, adding that a new virus-inspired rule maintains they must keep at least a meter of distance (3.3 feet) between each other while working.

Every winter, a migratory species of cod called skrei arrives in Lofoten’s fjords after a long journey south from the Barents Sea.

The fish arrive around February each year in the waters of the Vestfjord, just off Lofoten, to spawn.

Prized around the world for their delicious white meat, they’re salted or hung on wooden racks throughout Lofoten to dry for export as top quality bacalao and stockfish.

In a land where the odor of drying cod is often said to be the smell of money (“In Cod We Trust,” is another saying in Lofoten), fishing boats also arrive in mass here from points north and south along Norway’s vast coastline for some of Europe’s most lucrative fishing grounds.

Adults man the boats and process the many tons of cod at Henningsvær’s four fish factories, where Polish factory workers abound.

But a local tradition that dates back more generations than anyone can remember dictates that it’s local children — some start as young as 6 years old — who are the only ones allowed to cut and earn money from the cod tongues, which are considered a seasonal delicacy and prized at home tables and in restaurants around Norway.

Krogh Magnussen’s sons — Mogens Hovde, 14, and Gustav Hovde, 11 — are among a handful of local kids still cutting tongues this year at Henningsvær’s lone fish factory that remains open for the activity. It’s the only factory with a designated outdoor area where the kids can do their work.

After finishing their online classes for the day at 2:30 p.m., Mogens and Gustav do their best to avoid the temptation to play video games and instead don their wool and waterproof layers and fishing boots to stroll the few blocks from their home to the fish factory fronting the town’s tidy marina.

Armed with a 10-inch-long Victorinox knife, a sharpener, a metal pick and a bucket and plastic bags, the boys set up their stations in front of Dumpster-size plastic bins of just-processed cod heads donated by the factory and marinating in a pungent broth of blood and seawater.

Often joined by a few other girls and boys, they set to work for what might be an hour or as many as five or six hours, depending on the supply, the weather and, of course, their personal motivation.

“This is my ninth year doing it, I started when I was just 6 years old,” says Mogens, “So I”m starting to get a little sick of it now. But the money keeps me going.”

“I don’t know what the hardest thing about cutting tongues is,” says Gustav, “but the thing I like most is that I earn money.”

And even by Norwegian standards, the money is very good.

On a day when many boats have been out fishing in the fjord and the bins of fish heads keep arriving by fork lift from inside the factory, the older brother cuts between 60 and 85 kilograms of tongues, he says.

With his mother’s or father’s help, he then bags them at home and sells them directly to customers and via a community Facebook page for between 60 to 65 Norwegian Kroner a kilo — earnings that can add up to as much as US $460 for a half day’s work.

Fortnite coins, LED lights for his room and video gaming chairs are a few of the things Mogens has purchased with his earnings in years past. This year, he says, he’ll begin saving for a car.

Girls cut in at least the same numbers as boys most years (sometimes more — those aforementioned video games are a big distraction).

Amalie Hansen, 16, and her sister Ella, 11 — in addition to their 8-year-old twin siblings who are embarking on their first tongue-cutting season this year — also work outside the factory cutting tongues.

“There’s a lot of focus on the tongue-cutting here, it’s a kind of happening,” says Amalie, adding that this will be her last year cutting — the unwritten rules in these parts also say that by age 17, it’s time to leave the younger kids to carry the torch and reap the benefits.

Last year, says Hansen, she earned nearly $3,000 and bought a bunad — Norway’s elaborate national costume, worn at the country’s national day in May and other important events.

“There are a lot of people who are really sick of (cutting tongues) and who don’t want to do it because of the cold and the smell. But it feels very fresh standing outside and working,” she says.

“You get in the shower and go to bed at the end of the day knowing you earned a lot of money, quick and easy.”

That easy part, however, is debatable.

The technique and the culinary reward

The tongue-cutting technique usually involves some version of using one hand to lock your thumb and another finger into the eye sockets of a fish head that can be as large as a dinner plate — followed by smashing the throat-side onto a metal pick positioned on the rim of the bin full of heads.

This serves to push the fish’s mouth open, exposing its tongue, which the kids then slice with a single, deft motion that removes it as well as part of the chin and jowls, still attached.

The gelatinous mass is the size of your palm and the texture of raw chicken.

Collectively referred to as the fish’s tongue (torsketunger on local menus), the traditional preparation is dipped in flour, lightly fried and served up with boiled potatoes and carrots and a tartar-like sauce for dipping.

And while Amalie and her sister admit to never having tried the specialty, Mogens and his family are fans and eat it regularly during the winter.

A bounty of life lessons

Everyone can agree that this winter has been particularly harsh with bad weather, but tongue-cutting and cod fishing, they say, has been better than good.

“There’s always demand, we can cut as much as we want and it will always get sold,” says Amalie. “Even if not in the middle of this season, we can sell what’s frozen a month later.”

“The kids are out there in all kinds of weather — as long as the boats are fishing they usually go,” says Krogh Magnussen, who values the tradition as part of the town’s cultural heritage as well as for the many lessons — beyond earning their own money — that it teaches her boys.

They learn and teach each other about sharing and discipline and cleaning up after themselves.

“(Adults) are not allowed to stand at the fish factory and help the kids, except to teach them how to cut in the very beginning. They’ll be chased away from the quai,” she says.

The tradition also provides its own set of experiences in a place that isn’t packed with easy diversions.

“When you grow up in this kind of place and island, it’s different than other places in Norway. We don’t have slalom courses and ski hills to keep our kids busy and outside,” says Krogh Magnussen. “But they’re able to drive boats and have opportunities that are not so common in the rest of Norway.”

And the tongue-cutting is typically a big event for tourists, too. “Usually, everyone is taking photos and filming them,” says Krogh Magnussen.

“I think it’s kind of fun when the tourists come down and talk to us,” says Mogens, “But there’s nobody here now, it’s totally quiet.” 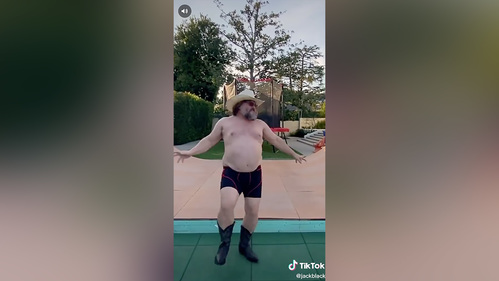 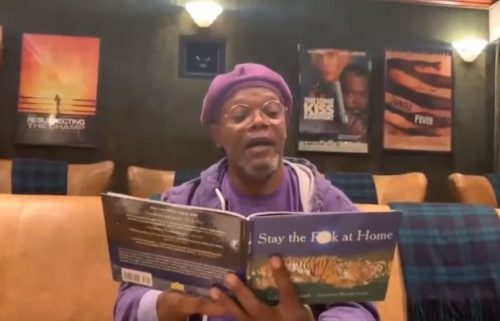 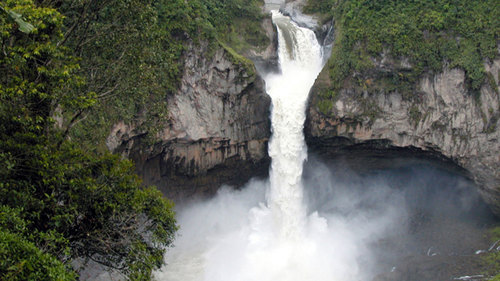 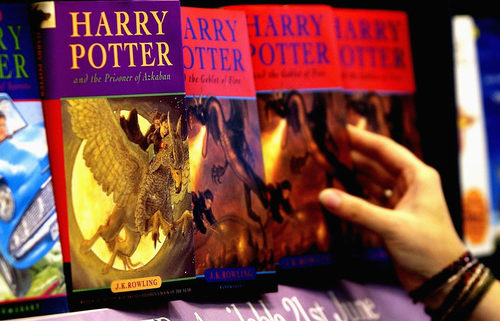