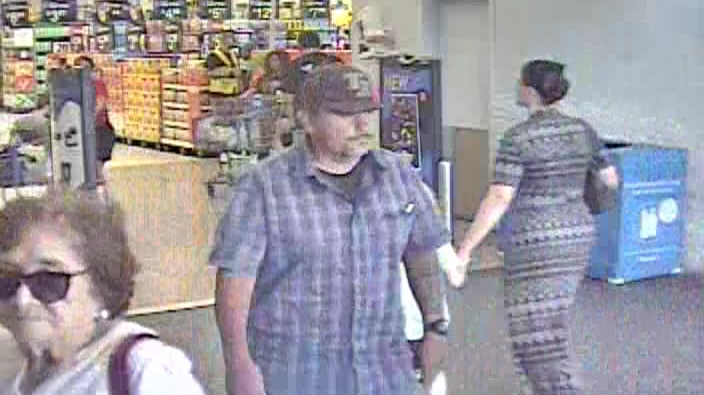 EL PASO, Texas -- Has the mystery man that El Paso police called a hero after the Aug. 3 Walmart mass shooting been found?

A man has come forward to the El Paso Times claiming to be the same man who was caught on security camera video carrying out a baby, whose parents had just been shot, from the Cielo Vista Walmart store. The man can be seen on video approaching a police officer with the toddler in his arms.

According to the Times, his name is Lazaro Ponce and a police spokesman said there's a very good possibility it's him.

ABC-7 spoke with Gilbert Anchondo, who lost his son and daughter-in-law that fateful day. He believes that mystery man carried his grandchild to safety. Baby Paul Gilbert survived the shooting.

In an interview with the Times, Ponce said “the mom of the little kid and her husband — (the gunman) got them inside the bank (in the store).”

He added, "I did what I could. At that moment, I wasn't thinking of anything… the scene there looked like a horror movie."

The Times reported that Ponce and his wife are both homeless and have been moving from city to city doing day labor jobs and didn't know El Paso police were looking for him.

Both El Paso police and the FBI are looking into Ponce's claim to being the mystery hero.