A powerful nor’easter has battered parts of New England and the East Coast, leaving hundreds of thousands without power. Unfortunately, the danger isn’t over yet.

President Biden heads to Europe today for the second foreign trip of his presidency. First up is Rome for the G20 summit, where he and other leaders will discuss issues facing the international economy, including supply chain snarls and energy prices. Biden will also stop at the Vatican to meet with Pope Francis. Then, it’s to Glasgow for COP26, a UN climate summit. He’ll give a major speech there, and the pressure will be on for him to deliver on his proposed climate agenda. Many see this trip as a chance for Biden to reassure the international community of America’s leadership on critical issues, like climate change. As he departs, fossil fuel executives are preparing to get grilled by Congress for the first time today about disinformation on the climate crisis and the role their organizations have played in it.

Democrats struck paid family leave from their huge spending bill yesterday to pare down the price tag and appeal to moderates. It’s a huge blow to progressives and to Biden’s agenda, since he specifically named paid family leave as an important priority. Democrats have already made other painful cuts on issues like tuition-free college and climate to secure the vote of moderate Dems like Sen. Joe Manchin. Manchin, who has made millions from his interests in coal, is a particular stickler on climate issues. Now, the White House is preparing to roll out a slate of executive actions and federal regulations to help Biden hit his ambitious climate goals — with or without the help of Congress.

While many parents in the US are waiting eagerly for emergency authorization of a Covid-19 vaccine for younger children, a new study finds the majority of parents don’t plan to get their kids vaccinated right away. Only 27% of parents in a Kaiser Family Foundation survey said they’ll vaccinate their child as soon as it becomes available. As part of this pending vaccine wave, manufacturers are presenting much smaller doses — one-third of an adult dose for the Pfizer vaccine for kids 5 to 11 and one-half for the Moderna vaccine for kids 6 to 11. The idea is to use the smallest amount needed to create an immune response while avoiding side effects. Meanwhile, more new data from the Kaiser foundation reveals 43% of Americans say they have more or less returned to their normal, pre-pandemic lives.

Taiwan’s President Tsai Ing-wen says the threat China poses to the neighboring island is growing “every day.” In an exclusive CNN interview, Tsai became the first Taiwanese President in decades to acknowledge the presence of US troops on the island for training purposes. Tsai also said Taiwan would protect itself. Relations have frayed significantly between Taiwan and China as Beijing continues to organize shows of military force. China has long considered Taiwan part of its territory, despite never having controlled it. China is also strongly opposed to military contact between Taiwan and the US and reiterated that stance in respond to Tsai’s comments.

A long-running spat between France and the UK over fishing rights may boil over after French authorities yesterday stopped and fined two British vessels fishing in French waters. One boat was stopped for not being on the EU’s approved list of UK fishing vessels, and the other was fined for not allowing French officials to board and conduct checks. This is the latest in a long line of tense exchanges between the two countries in the aftermath of new Brexit-era fishing laws. France used to enjoy unfettered access to UK waters where the UK government now refuses to grant fishing licenses to several French fishermen. The French government says it is preparing another series of retaliatory measures.

If Noodle has bones, it’s a risk-taking, full-energy kind of day! If he doesn’t, it’s more of a conservative, self-care day. Yes, it makes perfect sense!

On the other hand, if the Braves win, a certain 5 Things crew member will be very happy.

This feels like a deep existential crisis waiting to happen.

Somehow, everyone came out a winner here.

Maybe it’s because we’re so sweet 🙂

That’s about how many deaths across the world are associated with environmental risk factors every year, according to a Pan American Health Organization assistant director. This includes causes like cardiovascular and respiratory diseases due to high temperatures and pollution, consequences from wildfires and droughts, and the health risks associated with poor air quality.

“This is why people get injured because of rookie mistakes.”

Stu Brumbaugh, a film crew member who worked on a previous project with Hannah Gutierrez, the lead armorer of “Rust.” Brumbaugh said he and others had concerns about Gutierrez’s handling of weapons on the other project. During the filming of “Rust,” a firearm was discharged on set, killing the director of photography, Halyna Hutchins, and injuring director Joel Souza. CNN has reached out to Gutierrez.

Did you know some of the first jack-o-lanterns were carved out of turnips? It’s a tricky job, but the result is actually rather adorable. (Click here to view.) 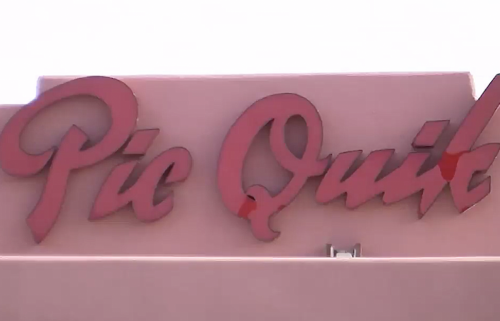