EL PASO, Texas --  The unthinkable happened Tuesday afternoon.
> A grandmother takes her granddaughter to a northeast McDonald’s.
> The five-year-old was cheerfully playing inside the restaurant’s play place.
> What happened next is a parent's worst nightmare.
> Police say 25-year-old Isaac Dorfman walked into the play place, grabbed the little girl by the head, then stabbed her multiple times in the stomach.
> Even more sickening for parents, like me, is the alleged assailant has a long list of prior charges.
> The most recent, was an aggravated robbery charge where Dorfman is accused of using a knife.
> But get this, he was released under what's called personal recognizance, also known as PR.
> Under PR, the defendant is released paying little, or no bond, and gets a court-appointed lawyer, then is free to roam the streets of El Paso.
> Dorfman was out on PR at the time of the stabbing and scheduled to appear in court on April.
> But according to local bondsmen, defendants on PR rarely show up to court.
> Sunday on ABC-7 Xtra, host Saul Saenz gives us an inside look and an explanation about what PR is and if our safety could be at risk.
> Minutes after the stabbing, the five-year-old girl was rushed to UMC where she underwent surgery.
> She was released from the hospital Thursday.
> But according to that little girl's mother, that five-year-old’s life will never be the same.
> Saul’s guests include municipal Judge Mario Gonzalez presides in Horizon, and Pasqual Olivas, who is a bondsman with Freedom Bail Bonds.
> Both the judge and Olivas tell Saul the streets of El Paso are not safe with repeat offenders walking the streets, and sadly, committing horrible crimes.
> The judge tells Saul the stabbing of a little girl is just the latest crime.
> He says another case that shook El Pasoans is that of a man who killed an El Paso County Sheriff’s deputy.
> The suspect was also out on PR release.
> Find out what needs to happen to make you and your family safe, Sunday on ABC-7 Xtra which airs after ABC-7 at Ten. 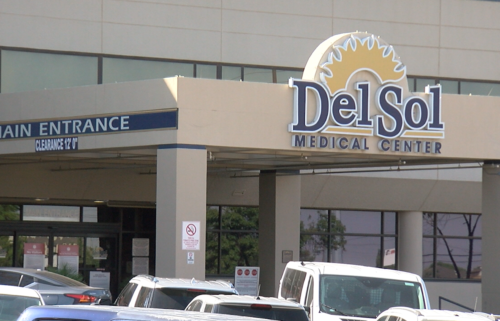