An El Paso man convicted over three deaths in a drunk driving accident must serve at least 16 1/2 years in prison, jurors determined Tuesday.

25-year-old Joel Garcia Jr. was found guilty of three counts of intoxication manslaughter and jurors returned a decision of 16 1/2 years per count.

The judge was weighing whether to impose concurrent sentences of 16 1/2 years total — or consecutive sentences, which would total 49 1/2 years in prison. She said she would hear victim impact statements on Wednesday before making a final determination.

Garcia’s conviction stems from a 2014 Christmas Eve wreck in east El Paso that killed two brothers and a woman whose car was struck by his vehicle that ran a red light. Both vehicles burst into flames.

The victims were Joshua and Isaiah Deal, plus Shannon Del Rio.

Prosecutors had sought a maximum sentence of 20 years in prison for each count for a total of 60 years, while the defense had asked jurors for the minium sentence of two years probation. 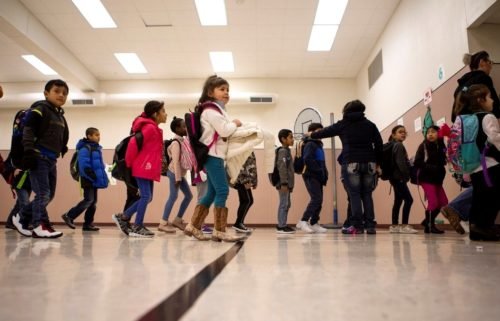