A 79-year-old inmate who says he killed 93 women as he moved around the country for nearly four decades offered his confession to a Texas Ranger. In a new interview with the Los Angeles Times, Ranger James Holland tells how he got Samuel Little — who the FBI on Monday said is the most prolific serial killer in U.S. history — to talk.

“Samuel Little has given me a massive gift, a gift to bring closure to victims’ families who have gone years without knowing what really happened to their loved ones,” Holland told the L.A. Times.

Little, who is in poor health and relies on a wheelchair, will likely stay in jail until his death in Texas, where he was brought last year to face charges in the 1994 killing of a woman in Odessa.

Little was first convicted in 2014 of killing three women in separate attacks in Los Angeles in the 1980s, and prosecutors said during his trial that he was likely responsible for dozens of other killings. Authorities at the time were looking for possible links to deaths in multiple other states, including Texas.

Holland traveled to California last year to interview Little about the 1994 Odessa killing. That interview resulted in a series of confessions and near daily discussions “to create the most accurate accounting possible of Little’s crimes,” according to an FBI statement.

The L.A. Times offered this example of Holland’s approach during more than 650 hours of interviewing Little.

Holland, who wears a Stetson and cowboy boots and carries an ivory-handled .45-caliber pistol, concedes their conversations weren’t so much interrogations as meandering conversations over grits, Dr. Pepper and Braum’s milkshakes. He has said whatever was required to keep Little talking.

“You are giving me a heart attack today,” Holland told Little last September when the killer seemed likely to quit confessing. “I still love you, brother.”

“Sammy, brother, for the record, me and you have been through hell over the last five and a half months.”

Then, as he often does, Holland played to Little’s ego, letting him think he was the one in control.

“If you think so,” Little said, laughing.

“(Eventually) he went through city and state and gave Ranger Holland the number of people he killed in each place,” said Christina Palazzolo, an FBI crime analyst who collaborated with Holland.

Based on information Little has provided to Holland, authorities have already confirmed his ties to 57 killings that happened between 1970 and 2005. And police in numerous states are looking into whether the remainder of Little’s 93 confessions can help them solve some of their own unsolved killings.

“Confessions are great. But nothing means anything until we prove these all up,” Holland concluded in his interview with the L.A. Times.

The FBI on Monday asked for the public’s help in identifying some of the remaining victims.

The agency released information about five cases on its website, “in hopes that someone may remember a detail that could further the investigation.”

Each case presented on the FBI’s website is accompanied by a video of Little explaining the incident and a hand-drawn photo by Little of the woman.

(The Associated Press and CNN contributed background to this report.) 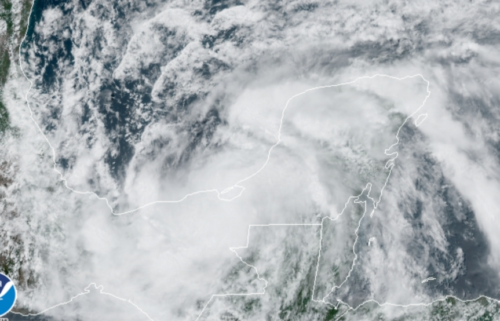