A concerned neighbor called police at 2:23 a.m. Saturday to check on the woman who lived across the street because her front door was open. At 2:30 a.m., she would be dead.

A white police officer shot and killed Atatiana Koquice Jefferson, a 28-year-old black woman, through her window early Saturday in Fort Worth. Police say he did not identify himself as an officer before shooting.

That officer is now on administrative leave as police investigate — and activists and family members are calling for an independent investigation.

Here’s what we know about the shooting:

It began with a request to check on a neighbor

James Smith, Jefferson’s neighbor, told the Fort Worth Star-Telegram newspaper that he called a non-emergency police number when he saw that her doors had been open for an extended period of time in the early morning hours. He said he knew she Jefferson was home with her nephew, and was worried about them.

“I’m shaken. I’m mad. I’m upset. And I feel it’s partly my fault,” he told the newspaper. “If I had never dialed the police department, she’d still be alive.”

Smith placed the call at 2:23 a.m., and officers responded to Jefferson’s home at 2:28 a.m., according to a police incident report.

Officers arrived and parked near but not in front of the residence, police spokesman Lt. Brandon O’Neil said Sunday at a news conference.

An officer shot through the window

A heavily edited body camera video released by police shows that a door was open and the lights of the house were on when officers first arrived. No one can be seen inside.

The officers can be seen walking around the home in the dark, holding a flashlight. At some point, one of them quickly approaches a window with his weapon drawn.

Within seconds, the officer yells, “Put your hands up! Show me your hands!” and fires through the window.

Jefferson’s 8-year-old nephew was in the room with Jefferson when the shooting occurred, O’Neil said.

The officers entered and rendered medical aid to Jefferson, but she died at the scene, police said in a statement.

The Medical Examiner said Jefferson died at 2:30 a.m. Saturday, in the bedroom of her home.

The department has not named the officer who shot Jefferson, saying only that he joined the department in April of last year.

Police said in a statement Saturday that the officer drew his weapon and fired one shot after “perceiving a threat.”

The officers found a firearm when they entered the room, the statement said. The video released by police shows two mostly blurred clips that appeared to be from inside the home, showing a firearm.

At a Sunday news conference, a reporter asked O’Neil, the police spokesman, if Jefferson was holding that handgun when the officer shot. He declined to answer.

“There was nothing nefarious or illegal about owning a firearm, and they presented in no way that that firearm was contributory to toward the use of deadly force here,” Merritt told Dallas station KTVT.

The Fort Worth Police Officer’s Association said in a statement that they’re “deeply saddened” by the shooting.

“Any loss of life is tragic, but the reported circumstances surrounding this incident are heartbreaking,” the statement said. “We are urging the Fort Worth Police Department to conduct a thorough and transparent investigation, and through that investigation we hope to gain clarity and understanding of what transpired.”

The officer who shot Jefferson will be interviewed by the FWPD’s Major Case Unit Monday, O’Neil said.

Saturday’s shooting is the ninth in 2019 by Fort Worth police, seven of which were fatal, he said.

There are calls for an independent investigation

Neighbors and activists are calling for an independent federal investigation and that they want the interim police chief to step down.

“We don’t think that Fort Worth police should be investigating it on their own,” attorney Lee Merritt said Sunday. He said police reached out to his clients, but they’d rather talk with independent investigators about the shooting.

Merritt also represented the family of Botham Jean, a black man who was fatally shot by a Dallas police officer when she walked into the wrong apartment. Merritt said Jefferson’s family was following that trial, like much of the Dallas-Fort Worth area, and they reached out to him Saturday afternoon.

“It’s another one of those situations where the people that are supposed to protect us are actually not here to protect us,” Jefferson’s sister, Amber Carr, said. “You know, you want to see justice, but justice don’t bring my sister back.”

Jefferson was a pre-med graduate

Jefferson, known by family as “Tay,” was a pre-med graduate of Xavier University who was very close to her family, according to a verified GoFundMe page raising money for her family.

Merritt said she graduated with a biology degree in 2014 and went on to work in pharmaceutical equipment sales. Jefferson moved into her sick mother’s home to take care of her at the beginning of the summer, Merritt said.

Jefferson has a brother and two sisters, the lawyer said. Merritt described her as the type of person who would play video games with her 8-year-old nephew until 2 a.m., which is what she was doing at the time of the shooting.

“The hardest part about it is I spoke with an 8-year-old who explained what it was like inside of the house,” Merritt said. 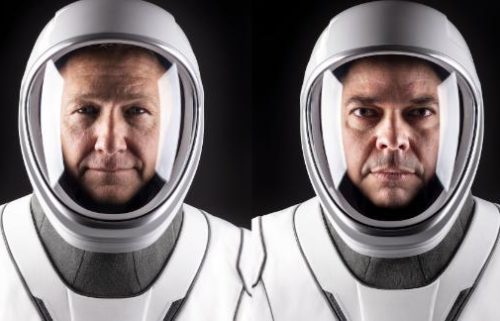