EL PASO, Texas -- A well-known and controversial El Paso businessman is in trouble with the law once again.

William "Billy" Abraham was arrested Wednesday on a drunk driving charge. It was his second DWI arrest in the past decade, the first case stemming from a deadly incident that resulted in his conviction.

Abraham was being held Wednesday night on a tentative bond of $20,000, according to downtown jail booking records.

An ABC-7 crew captured video of him being escorted by officers from the police department's Central Regional Command to the jail for booking on Wednesday evening. When asked what he was being charged with, he replied, "for being Billy Abraham." (You can watch it in the video player at the top of this article.)

The El Paso Times reported that about a half-dozen officers took Abraham into custody during the late afternoon in Union Plaza after he parked his Cadillac the wrong way and up on a curb. "A white bottle containing an unknown liquid was (also) on the roof of his car," the newspaper paper reported.

Abraham was previously convicted of drunk driving in 2014 for striking and killing a pedestrian with his vehicle in 2010 and fleeing the scene. Authorities said he had a blood alcohol level of .20 at the time.

He was also convicted of failing to render aid in that deadly accident, served a two-year sentence at the Huntsville prison and reached a million dollar settlement with the family of his victim.

While the case stemming from the pedestrian death was pending, Abraham found himself arrested on assault charges for allegedly grabbing a female restaurant employee and forcibly pushing her head into a wall.

Over the years, Abraham also made headlines for what city inspectors called "deplorable" conditions at some potentially historic downtown buildings that he owned. A judge in 2017 ordered him to pay $1.2 million in fines, and in 2018 he filed bankruptcy in a failed attempt to hold onto those buildings. 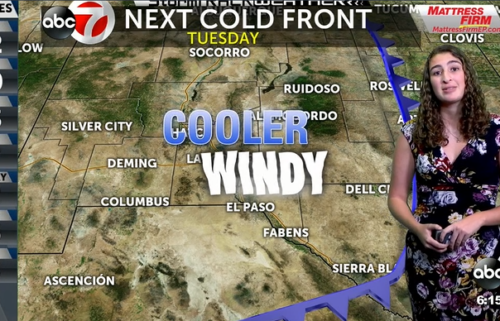