EL PASO, Texas — An El Paso man accused of randomly stabbing a 5-year-old girl who was playing inside a McDonald’s restaurant play area was free on bond at the time while facing charges for another violent knife crime, according to court records obtained by ABC-7 on Thursday.

Isaac Dorfman, 25, is currently being held on a $500,000 bond in the attack on the child. However, when Tuesday's attack occurred, he was out free on a personal recognizance bond - meaning Dorfman didn't have to put up any money to guarantee his court appearance.

"The PR bond in this case (aggravated robbery) is something that the judge granted. The judge can grant this at his own discretion. You can see in the records that the DA opposed it," El Paso County District Attorney Jaime Esparza told ABC-7 on Thursday. "This is a real discussion that we've had at the County."

Judge Francisco Dominguez, who granted the personal recognizance bond, declined to discuss his decision. His court coordinator, Aurora Molina-Estrada, told ABC-7 the judge would not be talking to anyone about the case.

Dorfman was awaiting trial in April on the aggravated robbery charge. A copy of the indictment in that case (which you can read at the bottom of this article) alleges that Dorfman robbed a man at knife-point last September, placing the victim "in fear of imminent bodily injury and death."

As ABC-7 has previously reported, Dorfman has an extensive criminal history involving at least 18 arrests since 2011, and received a year in jail for a string of car break-ins. The aggravated robbery charge, though, appeared to be the first criminal case against him that involved use of a deadly weapon.

In Tuesday's attack, Dorfman allegedly grabbed the girl while she was climbing a slide in the play area and stabbed her multiple times in the abdomen, according to a police arrest affidavit previously obtained by ABC-7.

The girl, whose name has not been released, was released from the hospital and was back at home recovering Thursday after undergoing surgery for serious injuries.

In the wake of the stabbing, parents told ABC-7 that they were taking precautions with their children when visiting the McDonald's at 9461 Dyer Street where the crime happened. 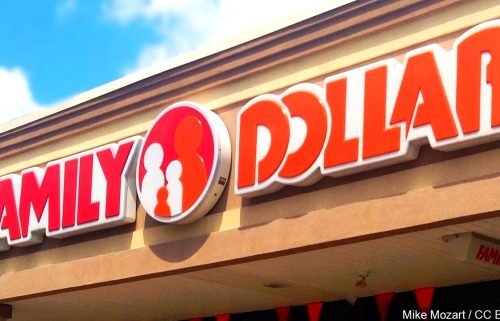