UPDATE, Aug. 24: A mother in mourning after her 18-year-old son was shot and killed at a house party this past weekend is speaking out.

It happened around 2 a.m. Sunday in the 12000 block of Wendy Reed in far east El Paso when police say the party grew out of control. That's when shots rang out and 18-year-old Kenneth Ellababedi was shot and killed.

The victim's mother, Alma Vaughan, says a girl who was at the party told the family she has video of the incident.

"But of course I don't want to see the video of his last moments, I don't want to see that," she said. "And the worst part is that I couldn't be there for my son and I wish I would have been there to protect him. I just don't understand why this is going on, he was not suppose to be shot."

Vaughan said she's particularly troubled by the fact that police told her that as her son fell, he was trampled by the crowd.

Police have described Ellababedi's death this as a murder, but no arrests have been made yet.

The family has set up a GoFundMe account to pay for his funeral expenses.

"A party announced on social media became overcrowded and grew out of control leading to fights breaking out and culminated with an exchange of gunfire," investigators said in a statement issued Monday afternoon. "The crime scene covered an area of approximately three blocks."

A second man wounded in the shooting was taken to a hospital with non-life threatening injuries.

Police asked anyone with information about the shooting to contact Crimes Against Persons detectives at 212-4040 or Crime Stoppers at 566-TIPS.

ORIGINAL REPORT, Aug. 22: EL PASO, Texas -- Gunshots rang out on the east side of El Paso early Sunday morning, leaving one man dead and another wounded.

Police confirmed one death at the scene and said a second victim drove themselves to a hospital with non-life threatening injuries.

The shooting stemmed from a street fight that took place following a large house party in the neighborhood, a police spokesman said. The crime scene where the deadly shots were fired spanned several blocks; Crimes Against Persons detectives were scouring the area.

Detectives were interviewing multiple witnesses, but police said no arrests had yet been made.

Initially police dispatchers reported a second shooting had occurred overnight on the west side in the 2800 block of N. Mesa Street. However, a police spokesman later clarified that no shooting had taken place. 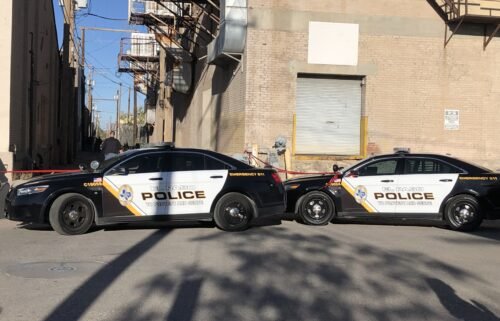 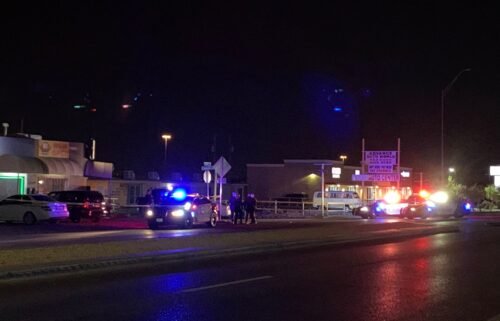