EDMOND, Okla. (AP) — When Ken Friend learned a job transfer meant moving his family to California from the small farm they’d been living on in rural Oklahoma, he knew he’d have to find new homes for his animals.

In addition to the four dogs Friend had adopted over the 14 years he and his wife lived in Tecumseh, they also had four horses who enjoyed free rein on 80 acres (32 hectares) of Oklahoma pasture. Friend managed to find homes for two of his dogs and gave away one of his riding horses, but he struggled to find a home for his longtime pal, a 28-year-old appendix quarter horse named Indigo.

“That horse was my buddy,” Friend said. “I rode him for years, and I just couldn’t see giving him to anybody.”

After months of searching with no luck, Friend turned to a new equine rescue facility operated by the American Society for the Prevention of Cruelty to Animals. The nonprofit agency says the pilot program is the first of its kind in the U.S. that will accept any horse, no matter its condition.

Experts say the problem facing equine owners like Friend is a growing one across the country, sometimes leading to horses starving to death. Just in recent months, prosecutors filed criminal charges in cases involving cruelty to horses in and In one case in starving horses with no food were found eating tree roots and fence posts.

Several years ago Oklahoma ended a 50-year ban on the , with advocates for the change citing the growing situation of horses being abandoned in their old age.

The problem can become more acute in states with volatile economies, like Alaska, New Mexico, North Dakota, Wyoming or Oklahoma, which rely heavily on the energy industry. Some horse owners might lose a job or family income, or even grow too old to properly care for a horse, said Dr. Dan Burba, head of the Oklahoma State University’s Veterinary Clinical Sciences Department.

“There are owners with neither the room, time or resources to keep these animals through their longevity,” Burba said. “Horses now, with the care they’re receiving, they’re living longer, there’s more of them out there, and it sometimes gets to a point where owners say, ‘This horse is too old for me to keep,’ or ‘It’s taking a lot more care from me than I can afford.’

“These are the populations of horses that are at risk.”

A conducted last year showed nearly 5,000 horses were received at various rescue facilities during a six-month period in 2018, with nearly 90% of those horses ending up adopted. The study showed many of the horses were seized by law enforcement.

Located on gently rolling hills on the outskirts of the Oklahoma City suburb of Edmond, the pilot facility in Oklahoma already has taken in more than 50 animals, mostly horses, but also some donkeys, said Thomas Persechino, ASPCA’s director of equine welfare.

“In a good number of situations, people hold on to their horses longer than they anticipated because they don’t have the option of taking it somewhere,” he said. “For some people, that horse may end up in an at-risk situation and go someplace where the owner never intended it to go.”

Among the animals are two donkeys, Albert and Yankee, miniatures like Tomahawk and Jack Frost, and about a dozen horses.

A similar pilot program in Dallas last year helped nearly 60 equines in less than six months, Persechino said. About 30% of those were relinquished due to health reasons and had to be euthanized upon arrival, but nearly all the rest were successfully adopted into new homes.

The main reasons people bring horses to the facility, Persechino said, are that owners are physically unable to provide them with proper care, the horses are too sick or the owners are moving.

Ultimately, the goal for the Oklahoma program is to gather more data, share it with partners in the horse and animal shelter community and develop a plan to address the problem nationally.

“I would envision us wrapping up the pilot in Oklahoma City sometime in 2020, get a really good understanding of what horse owners are facing, maybe do another pilot in another part of the country,” he said.

Friend’s horse, Indigo, one of the first to be taken into the facility, has been placed with an Edmond family and renamed Amos.

“They send me pictures. He’s put on a little bit of weight, he’s looking happy and things are going great,” Friend said from his new home in California. “They stay in touch with me, which I appreciate, so I know he’s well taken care of.” 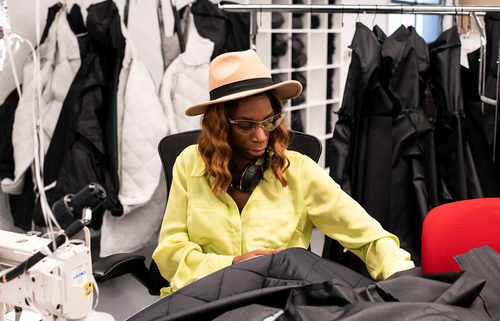