Boston (WCVB) — In a 16-hour surgery, Boston doctors completed the first full face transplant for a black patient, who also happened to be the oldest patient to ever undergo the procedure, Brigham and Women’s Hospital announced.

Robert Chelsea, 68, of Los Angeles, suffered disfiguring injuries in a crash in August 2013, when his overheated car was struck by a drunken driver. The vehicle burst into flames, causing serious damage to Chelsea’s appearance and physical function.

Chelsea underwent more than 30 surgeries before being listed for a face transplant in 2018, hospital officials said.

A team of over 45 physicians, nurses, anesthesiologists, residents and researchers led by Dr. Bohdan Pomac executed the surgery in July. It was the ninth face transplant at the Brigham and the 15th in the United States.

“Despite being the oldest face transplant patient at 68, Robert is progressing and recovering remarkably fast,” said Pomahac. “We are looking forward to seeing a significant improvement in Robert’s quality of life.”

“May God bless the donor and his family who chose to donate this precious gift and give me a second chance,” Chelsea said in a quote provided by the hospital. “Words cannot describe how I feel. I am overwhelmed with gratitude and feel very blessed to receive such an amazing gift.”

“This experience has been an incredible journey for me, filled at times with many challenges. Today, however, I am thrilled to say that I’m on the road to recovery,” Chelsea also said. 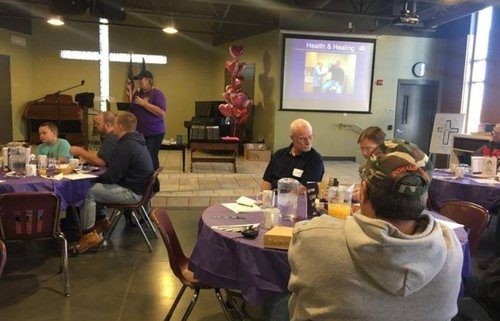