Corpus Christi (KZTV) — Imagine losing something as a teenager only to be reunited with it decades later.

That is exactly what happened to a local man who lost his high school graduation ring 44 years ago.

A 1974 Robstown graduate dropped back for a pass during a pick up game of football in 1975 at a park in Banquete. When he threw the ball, his class ring went with it. After searching the area, he thought he parted with it for good.

Thanks to a local treasure hunter, this ring is back on the rightful owner’s finger.

“Actually down this road I found the ring,” Adam Gonzalez said. “This is the best thing I’ve found so far.”

“I usually find a bunch of trash and coins and stuff,” he said.

But not this day.

As he made his way towards a small tree he heard the dings go off.

“I thought it was a clump of dirt and then saw the ring and got it cleaned up,” Gonzalez said. “That’s when I was able to read his name and the dates and stuff.”

The date was 1974. The name inscribed was Robert Sandoval. Engraved on the side was the Robstown High School Cotton Pickers emblem.

“It was like 10 carat gold,” he said. “It looked brand new when I finally cleaned everything up.”

Despite being missing for decades, Gonzalez said surprisingly the ring was only buried a couple of inches below the dirt near a tree.

The very next day he posted about it on Facebook. Amazingly within three hours he located the ring’s rightful owner — Robert Sandoval.

“He was actually from Robstown,” he said. “That is where he graduated from and now he is currently living in Corpus.”

“It ended up — one of my friends from Alice — she actually works with his daughter,” he said.

Gonzalez said he has never found anything of value before.

“He couldn’t believe that somebody had found his ring,” he said.

Robert Sandoval said he is grateful for their efforts and help as he is happy to have his class ring back on hand after 44 years.

He said he thought he would never see it again. 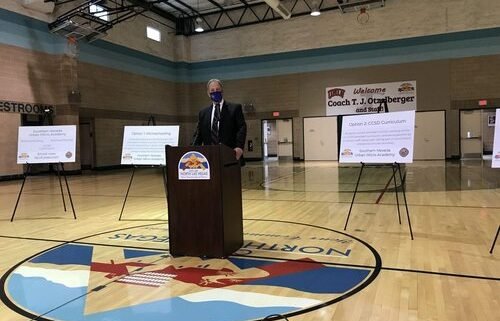