DENVER, Colorado (KDKA) — It started with a loud bang and ended in fierce flames.

When a United Airlines passenger plane engine blew out with 231 passengers on board over Denver, one Pittsburgh family sat still and prayed. KDKA’s Meghan Schiller talked to the mother of three who said her family’s long-awaited trip started with a kick of adrenaline she never wants to feel again.

“We heard this loud bang. I don’t even know how to describe it,” said Maria Denunzio Kranske.

Kranske is a Pittsburgh mother who felt a sudden pit in her stomach.

“I don’t fly too often, but I fly enough to know that was a strange loud bang that was not normal,” she said.

Just a few minutes into her family’s flight to paradise, something went wrong. Described as a “catastrophic failure” of the plane’s engine, she first heard an explosion and then saw flames.

Kranske told KDKA’s Meghan Schiller she looked at her husband and three little kids. They all started praying, while the people across the aisle started relaying information about what they could see out the window.

“They could see exactly what was happening, so they started taking pictures and they immediately were airdropping them to people on the airplane,” Kranske said.

With 231 passengers and 10 crew members on board, the family no longer thought about making it to Honolulu.

“I didn’t hear anyone scream but people were crying. And you could see the anxiousness and nervousness of everybody. People were even reaching for each other’s hands — me one of them,” Kranske said.

“I could still see the ground, so I knew that we were only 10 minutes in the air. And at that point, if they can land safely then go for it, get me back to the ground,” Kranske said.

The pilots did manage to turn back to Denver, landing without the right engine.

“Everybody was cheering and clapping and just signs of relief at that point,” Kranske said.

But then came the decision: Do you board another flight across the ocean?

“I kept saying God is with us, we’re going to get on this flight and go enjoy ourselves. It’s been three years since we had a vacation. We made it,” Kranske said.

No one was hurt and the NTSB is now investigating. 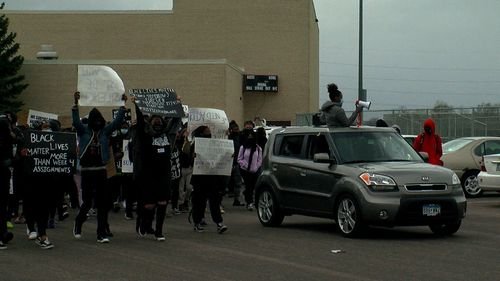