She claims the group and/or their leader Tanya Faison posted an email on social media bearing her name that was filled with racists remarks.

Karra Crowley insists it wasn’t her.

Crowley is a Texas resident who spends time in California. She said she had no idea about the posts until her assistant told her about it last week.

“[I was] shocked. It was just disbelief. There’s no words,” Crowley said.

Crowley told KCRA 3 that after reading the post and the comments, she did send an email to Black Lives Matter Sacramento and leader Tanya Faison telling them someone was using her identity to create the email account and send the racists messages.

Instead of a response to her, she said they posted to Facebook claiming that her information was verified and it was Crowley.

“If you take someone who is just a private individual living their own lives and you slander them in the public or liable means in writing, there are consequences,” Crowley’s Rocklin-based attorney Jeff Ochrach said.

He filed a $75,000 libel lawsuit Friday asking for a judge to force BLM and Faison to remove the posts and issue a retraction.

“We have a right to financial compensation too, but that’s not our goal. Our goal is to get this horrible stuff off the internet and to have someone explain to the people who are following this Facebook page that this is not the Crowleys that did that,” Ochrach said.

The Crowleys say they’ve received hateful calls, texts and death threats all for something they didn’t do. They want it to stop.

“Basically she left me no alternative because this is the absolute last thing I wanted to do,” Crowley said.

As for who created the email account, Crowley said she has an idea of who may have done it. Her attorney is investigating that to possibly pursue criminal charges.

KCRA 3 reached out to Tanya Faison and Black Lives Matter by phone, email and through social media for comment, but hasn’t heard back. 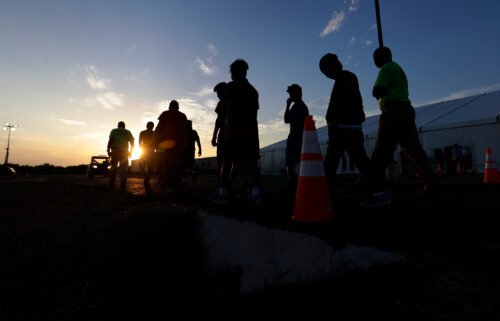