UNDATED (AP) — Clayton Kershaw lasted just one inning in the shortest start of his stellar career while Kyle Hendricks pitched a complete game for the Chicago Cubs in a 7-1 win over the Los Angeles Dodgers in the opener of a split doubleheader.

Exactly 11 years after he went just 1 1/3 innings against Milwaukee in what was his shortest start, Kershaw didn’t last long in this one. The three-time NL Cy Young Award winner gave up four runs and four hits. He faced nine batters in a 39-pitch inning. The Dodgers lost for the seventh time in nine games. Hendricks went seven innings in his sixth career complete game.

—NL RBI leader Jesús Aguilar delivered a tiebreaking single in a six-run eighth inning, and the Miami Marlins beat Arizona 9-3. The score was 3-all when Miguel Rojas led off the eighth with a double against Kevin Ginkel, and Rojas came home on Aguilar’s single. Corey Dickerson followed with an infield single, and catcher Stephen Vogt’s throwing error allowed Aguilar to score all the way from first. Lewis Brinson added a three-run homer off Alex Young for the Marlins.

—Brandon Belt hit a go-ahead single and a grand slam in a 10-run first inning that propelled the San Francisco Giants over the Colorado Rockies 12-4 in a doubleheader opener. Belt connected for his home run on the sixth pitch after Jhoulys Chacín (joh-LEES’ cha-SEEN’) relieved, a 452-foot drive for his third career slam.

— Tuesday’s scheduled game in St. Louis between the New York Mets and the Cardinals was postponed because of rain. The teams will make it up Wednesday as part of a single-admission doubleheader beginning at 4:15 p.m. local time.

—Huascar Ynoa hit a grand slam and pitched seven stress-free innings in a dominant two-way performance, leading the Atlanta Braves to a 6-1 victory over the Washington Nationals. Ynoa blasted a fastball from Tanner Rainey 427 feet to center field in the sixth inning, extending his left arm on the follow-through like a polished slugger. It was the first grand slam by a major league pitcher since Cincinnati’s Anthony DeSclafani on June 23, 2018.

The Cubs also placed second baseman Nico Hoerner and reliever Dan Winkler on the injured list with a strained left forearm and right triceps tendinitis, respectively. And they recalled left-handed pitcher Kyle Ryan and right-handed pitcher Keegan Thompson and selected infielder Ildemaro Vargas from Triple-A Iowa. Arrieta lasted a season-low 3 1/3 innings in a loss at Cincinnati on Friday. Manager David Ross said the Cubs decided to skip Arrieta’s turn in the rotation after he threw a bullpen session on Monday. Adbert Alzolay will start in his place against the Los Angeles Dodgers on Wednesday.

—Milwaukee Brewers outfielder Christian Yelich is going back on the injured list just one day after getting activated. The Brewers said Yelich was returning to the IL due to the lower back strain that has bothered the 2018 NL MVP for the last three weeks. Yelich went 2 for 4 at Philadelphia on Monday in his first game since April 11. He batting .353 with a .463 on-base percentage, no homers and one RBI in just 10 games.

—Cincinnati reliever Amir Garrett has been suspended for seven games by Major League Baseball. Garrett was penalized for inciting the events in the top of the eighth inning on Saturday against the Chicago Cubs. Garrett appealed the discipline and can continue to play until the process is complete. Garrett struck out Anthony Rizzo with one out in the eighth and celebrated by punching himself in the chest several times. Garrett and the Cubs’ Javier Báez yelled, and benches and bullpens emptied.

—The Washington Nationals have reinstated outfielder Juan Soto from the 10-day injured list, but last year’s NL batting champion will be limited to pinch-hitting duty for now. Soto has missed 10 games with a strained left shoulder. Manager Dave Martinez says the injury no longer bothers Soto while hitting, but he isn’t ready yet to play the outfield.

—Jesús Luzardo has played video games all his life. The Oakland lefty will continue to do so with fervor, even after the embarrassment of breaking the pinkie on his pitching hand while gaming. Luzardo has apologized to his teammates and Athletics manager Bob Melvin for the accident, which occurred Saturday when he banged his hand into a table while playing a video game four hours before a start. The 23-year-old Luzardo is out indefinitely with a broken bone in his finger. He called it a “stupid” and “immature” mistake.

Hornets hold on for crucial 102-99 win over Pistons

UNDATED (AP) — LaMelo Ball scored 23 points, including two free throws with 5.8 seconds left, and the Charlotte Hornets took another step toward the postseason with a 102-99 victory over the Detroit Pistons.

Detroit trailed by two when rookie Killian Hayes was fouled with 9.4 seconds remaining, but he made just one of two free throws. Ball made his free throws at the other end, and Hayes missed a last-second 3-pointer. Hamidou Diallo scored a career-high 35 points for Detroit.

In other NBA Tuesday action:

—Devin Booker scored 31 points, Chris Paul had 23 and 16 assists and the Phoenix Suns stayed in step with Utah atop the Western Conference by outlasting the under-manned Cleveland Cavaliers 134-118 in overtime on for their fifth straight win. Mikal Bridges made two 3-pointers, dunked and had a block as Phoenix scored the first 15 points in OT to finally put away the Cavs, who were missing six players with injuries.

—Tim Hardaway Jr. made 10 3-pointers and scored 36 points, Luka Doncic scored 23 points and the Dallas Mavericks moved up to the No. 5 spot in the Western Conference by topping the short-handed Miami Heat 127-113 on Tuesday night. Duncan Robinson and Goran Dragic each scored 19 for Miami, which remained No. 6 in the Eastern Conference. The Heat played without Jimmy Butler, ruled out about two hours before the game with flu-like symptoms. The teams says illness is not anything related to the coronavirus.

UNDATED (AP) — The Milwaukee Common Council has approved a $750,000 settlement in a lawsuit brought by former Bucks player Sterling Brown over his 2018 arrest in which he was taken to the ground and shocked with a Taser.

The settlement does not include an admission that Brown’s constitutional rights were violated, which Brown’s attorney had sought in talks with the city. Instead, it has an apology from the city and Milwaukee police that recognizes that the incident over a parking violation “escalated in an unnecessary manner and despite Mr. Brown’s calm behavior.” The Milwaukee Journal Sentinel reports that the agreement also requires the city to commit to changes in the police department’s standard operating procedures.

In other NBA news:

—Bradley Beal, Russell Westbrook and the rest of the Washington Wizards have all worn black T-shirts with one word in white capital letters on each — “accountability,” “equality” or “justice” — for their annual team photo. Beal calls it a “statement piece.” He is the NBA’s second-leading scorer. His shirt in the photo says “Justice.” Westbrook’s says “Accountability.” Westbrook calls it “amazing” that the team is wearing shirts “that actually have some substantial meaning.”

— Anderson Varejão is back with the Cleveland Cavaliers. He signed a 10-day contract to begin a stint to celebrate his 12-year run with the team. The 38-year-old center hasn’t played in the NBA since 2017 with Golden State. The Brazilian agreed to come back and finish this season with the injury-thinned Cavaliers, who are staggering to the finish of another losing season. Cleveland has seven players sidelined with injuries.

UNDATED (AP) — Sidney Crosby scored two goals and the Pittsburgh Penguins regained first place in the East Division with a 7-3 win over the Philadelphia Flyers.

Marcus Pettersson, Jake Guentzel, Jason Zucker, Mark Friedman and John Marino also scored goals while Tristan Jarry had 30 saves for the Penguins, who moved two points ahead of idle Washington. The Capitals have two games in hand over the Penguins with one week left in the regular season.

Elsewhere on the ice:

—Pavel Zacha scored his second goal of the game at 2:42 of overtime and the New Jersey Devils snapped the Boston Bruins’ four-game winning streak with a 4-3 victory. Jesper Boqvist and Yegor Sharangovich scored for New Jersey, which finished its home season with a 7-18-3 record. Mackenzie Blackwood had 33 saves in winning his fourth straight game. Patrice Bergeron,

—Andrei Svechnikov ended an eight-game goal drought by scoring twice to help the Carolina Hurricanes beat the Chicago Blackhawks 6-3. Svechnikov also had an assist on Teuvo Teravainen’s third-period goal for the Hurricanes. It was Carolina’s fifth straight win and 12th straight game with at least a point. This was Chicago’s sixth straight loss.

—Anders Bjork scored Buffalo’s last two goals in regulation and then had the deciding shootout goal, lifting the Sabres to a 4-3 victory over the New York Islanders. Cody Eakin also scored for the last-place Sabres, who rallied past the playoff-bound Islanders for the second straight night.

Wilson was given a double-minor penalty for roughing and a 10-minute misconduct after a scrum in which he appeared to punch Buchnevich who was face down on the ice and threw Artemi Panarin down to the ice. Panarin was ruled out of the remainder of the game with what the team called a lower-body injury. This is Wilson’s third fine in eight seasons.

Williams was hurt last week during on-field workouts at the team’s facility in Florham Park, New Jersey. NFL Network first reported Williams’ injury. He is expected to miss organized team activities and minicamp but should be healthy in time for the start of training camp in late July.

— The Baltimore Ravens have signed two-time Pro Bowl tackle Alejandro Villanueva to a two-year deal. The long-time starter for the division-rival Steelers, Villanueva was not re-signed by Pittsburgh. A graduate of West Point who served in Afghanistan, Villanueva spent six seasons with the Steelers, playing in 96 games with 90 starts. He has the second-longest active streak among NFL tackles with 96 consecutive games players and has started every game over the past five seasons.

— The Browns bulked up their defensive line by signing veteran tackle Damion Square. Square spent the past seven seasons with the Los Angeles Chargers. The 32-year-old hasn’t missed a game the past four years. Cleveland’s interior was getting thin following the departure of Larry Ogunjobi as a free agent and Sheldon Richardson’s release in a salary-cap move.

The Preakness Stakes on May 15 is limiting attendance to 10,000. The Kentucky Derby had attendance of 51,838 last weekend. Another of horse racing’s major events will have spectators, too. Tickets for the Breeders’ Cup at Del Mar will go on sale July 16. Organizers say fans will be welcomed back for the Nov. 5-6 event at the track north of San Diego, although they did not specify whether attendance would be limited. They said attendance would be dictated by state and local health and safety guidelines. 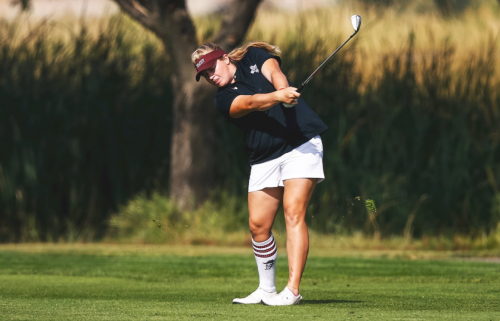 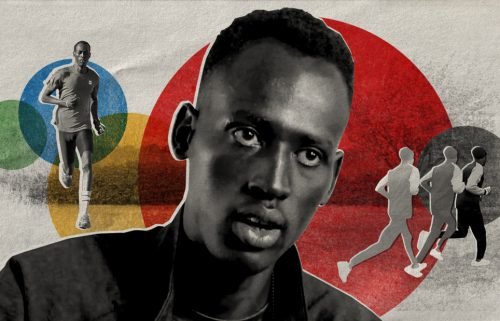