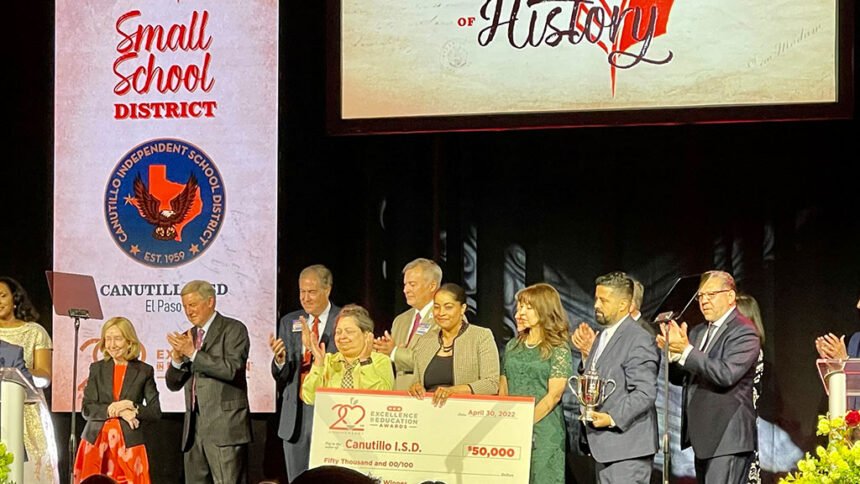 According to Canutillo ISD, the district was named the Best Small School District for its commitment to student achievement through innovative programs, parent and community involvement and professional development opportunities for teachers and administrators.

“This distinction is a tribute to our entire district community of administrators, staff, teachers and students. They make us the best district through their service, dedication and willingness to continually raise the bar to achieve greatness,” said Galaviz.

A panel of judges visited the district, toured campuses and spoke with administration, staff, parents, and community members ahead of the award's announcement.

THE H-E-B Excellence in Education Awards has been around since 2002 to support public education in Texas. District officials say the $50k award will go towards benefiting the district.