A rare press briefing from a Trump administration official yielded an especially telling line about the Trump presidency: “Get over it.”

President Donald Trump’s acting Chief of Staff Mick Mulvaney said it after confirming the existence of a quid pro quo and offered it up as a retort, but it’s essentially the Trump administration’s answer to any number of issues swirling around the White House at any given time.

It has a classic Trumpian flavor, charging straight ahead no matter what the haters say, as you can see in decisions like removing troops from Syria and even hosting the G7 at Trump’s own property in Florida.

Still, Mulvaney’s press conference, in which he also admitted to a quid pro quo with Ukraine, didn’t go over so well. Mulvaney subsequently walked those comments back, but it ultimately left questions about his future in the Trump administration.

And there are even some members of Trump’s own party who may not be able to “get over” Trump’s latest maneuverings on Syria — and even in the looming impeachment battle.

Sen. Lindsey Graham, a vocal Trump ally, is among a chorus of Republicans critical of Trump’s Syrian withdrawal. Graham called it the “biggest mistake” of Trump’s presidency.

And Senate Majority Leader Mitch McConnell briefed Senate Republicans behind closed doors about the House’s impeachment inquiry — and what happens next. He previewed the workload of a Senate impeachment trial (Spoiler alert: It involves working six days a week) and predicted the Senate’s trial could be over by Christmas.

The Point: Trump and Mulvaney may take pleasure in telling Democrats and reporters to get over it, but can they say the same thing to their own party?

And that was the week that was in 20 headlines. 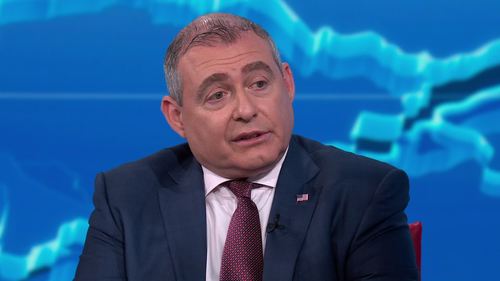