Reports of former Vice President Joe Biden’s political demise have been greatly exaggerated. So says a new national poll taken by CNN. Instead of losing ground, Biden has again separated himself from the field with a substantial lead over his nearest rivals Elizabeth Warren and Bernie Sanders.

Polls are an imperfect snapshot of where the race is at any particular moment. They certainly don’t predict at this point who will win the nomination and face President Donald Trump next fall. But there is a lot I believe we can learn from this poll.

The President’s continuing to put his own interests before the country’s makes electability the crucial issue for most Democrats. National polls as well as polls in battleground states show Biden as the strongest candidate against Trump, and as impeachment talk ramps up, Biden’s status only improves.

As much as some Democratic voters may like the more radical policy proposals of Bernie Sanders and Elizabeth Warren, Trump’s increasingly erratic and corrupt behavior has helped Biden’s message that beating Trump is the first and only thing that matters.

This new CNN poll also shows that the President’s attacks on Biden and his family have boosted Biden’s candidacy. Only weeks ago, it was unclear whether the baseless and false attacks were going to damage or boost Biden’s fortunes among Democrats. The poll begins to answer that important question.

Many Democrats have come to Biden’s defense and understand that Trump is attacking him in this way because he is the candidate the Republicans most fear. No one likes to be told who should run and who they should vote for. They particularly don’t like to be told those things by the opposing party.

Some Democrats are also still extraordinarily bitter about how Hillary Clinton was subjected to misinformation and false and baseless charges in 2016. That sense of injustice among Democrats has proved to be critical insulation for Biden.

The second thing the poll tells us is you don’t have to win the debates to win the nomination. While Biden has sometimes come up short on the style points on stage, he has given enough Democrats enough to work with to continue supporting him.

The debates over the last few months have been much more important to the second tier candidates, determining who can stay in the race and who needs to drop out. Neither Biden, Sanders nor Warren has significantly boosted nor hurt their chances for the nomination in the debates — and that’s likely to stay the same until the debates are winnowed down to just a handful of candidates.

We also see in this poll that moderate and conservative Democrats, who lack a prominent presence on Twitter and at the big campaign rallies, have stayed with Biden

Most Democrats around the country have not fully tuned into this race and even in Iowa, the site of the first in the nation caucus, nearly 75% of respondents to the most recent statewide poll, showing the race a dead heat, said they had not watched the CNN-NY Times debate in Columbus Ohio. If they’re not watching yet in Iowa, you can bet there are large portions of Democrats waiting until next year to fully tune in to the race.

Finally, I think this poll dispels the idea from some observers that Democrats are looking for more candidates to enter the field. Biden’s strength in this poll and in the various head to head polls with Trump in battleground states should put to rest the story of discontent with our candidates that repeats in almost every election cycle for the Democrats.

So, here’s what the poll doesn’t tell us: who’s going to win the nomination. I have no doubt the poll accurately reflects Biden’s strength nationally, as well as the strength of both Sanders and Warren. But national numbers have often proved less than predictive in the Democratic nomination process.

The new numbers are not insignificant however. After Nevada and South Carolina we quickly move into large, multistate Tuesday primaries where national standing has much more impact.

The race remains wide open for those in the top tier and even a few in the second tier. But it reminds us to take with a grain of salt any predictions about the demise or the rise of any particular candidate and to wait until the voters have their say to decide this contest. 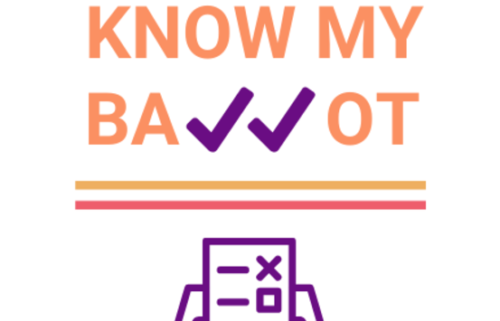