Maya Rockeymoore Cummings, the widow of the late Rep. Elijah Cummings, said on Friday that the congressman was “hurt” in the last months of his life by attacks against him and on the city of Baltimore — an apparent response to President Donald Trump’s earlier attacks on the congressman and his hometown.

“It was not easy. What congressman, Chairman Cummings did was not easy,” the late congressman’s widow said during a speech at his funeral in which she delivered an emotional tribute to her husband.

“And it got infinitely more difficult in the last months of his life when he sustained personal attacks and attacks on his beloved city.”

In July 2019, a few months prior to the congressman’s death, the President unleashed a tirade against Cummings and his district, calling it a “disgusting, rat and rodent infested mess.” The late congressman’s Maryland district includes much of Baltimore.

The President lashed out at the congressman, saying of Cummings, “If he spent more time in Baltimore, maybe he could help clean up this very dangerous & filthy place.”

Cummings was born and raised in Baltimore. The son of former sharecroppers, the late congressman was born in 1951. He had represented Maryland’s 7th Congressional District since 1996.

Cummings died last week at the age of 68, prompting an outpouring of grief from lawmakers on both sides of the aisle. The longtime Maryland Democrat had been a key figure leading investigations into Trump in the House of Representatives.

Following Cummings’ death, Trump tweeted his condolences to the congressman’s friends and family.

“I got to see first hand the strength, passion and wisdom of this highly respected political leader,” Trump tweeted. “His work and voice on so many fronts will be very hard, if not impossible, to replace!”

His funeral comes a day after congressional leaders and the American public honored Cummings’ legacy as his body laid in state in the US Capitol.

Reflecting on the ceremony held at the Capitol building, Cummings’ widow said during her speech, “He would have told me, ‘Maya, I don’t want a service at the US Capitol.’ But I felt very strongly that they were trying to tear him down. And we needed to make sure that he went out with the respect and the dignity that he deserved.”

At that line, the crowd rose to its feet with cheers and applause. 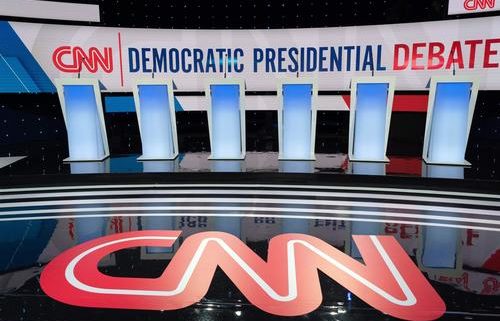