Perhaps no one so visibly crystallized the dissonance between black Americans and their country than Democratic Rep. Elijah Cummings of Maryland, who died last Thursday and whose funeral service, at which the Clintons and former President Barack Obama will deliver remarks, is on Friday.

In the wake of Cummings’ death, many of his colleagues reflected on his government service, which stretched back decades.

“In the Congress, Elijah was considered a north star,” House Speaker Nancy Pelosi recalled. “He was a leader of towering character and integrity. He lived the American dream.” Pelosi also underscored that Cummings “spoke with unsurpassed clarity and moral integrity” — that “everyone wanted to hear what Elijah had to say.”

“Every time we spoke of selecting an individual who can rise to the occasion to be in debate with him, we would look for somebody who was strong, and every time someone was selected, they’d come back to be a very best friend of Elijah Cummings,” House GOP leader Kevin McCarthy of California said.

“We never had a cross word outside of a committee room,” former GOP Rep. Trey Gowdy of South Carolina tweeted about Cummings. “He had a unique ability to separate the personal from the work. The story of Elijah’s life would benefit everyone, regardless of political ideation.”

Indeed, the commentary on Cummings has focused significantly on how he supposedly transcended: his childhood as the son of sharecroppers, the wrangling of political partisanship, his race. He was above all that, the subtext seems to say.

And yet, these accounts, while surely sincere, are also so simplistically heartwarming that they’re misleading — bowing to America’s impulse to see certain black lives as a balm for the bruises of the political moment.

It’d be more accurate to say that Cummings understood something familiar to many black Americans: how to navigate a white world — how to get along with white Americans as a means of better holding the country to account — because, often, the personal can’t be separated from the work.

Consider the congressman’s relationship with President Donald Trump. In March 2017, when the administration was only a few months old, Cummings met with Trump in the Oval Office. The two reportedly spoke openly about race, with the former explaining how the latter’s comments about black communities, which he had characterized as poverty-addled hellscapes, were “insulting” and that “probably nobody (had) ever told (him) that.”

Rather than retreat into defensiveness, Trump replied: “You’re right — nobody has ever told me that.”

It can be easy, in some ways, to see that story — as well as those shared in the days since Cummings’ death — as illustrative of the kind of political coming-together so many people crave these days: They didn’t always agree, but at least they could talk.

Even Trump, who over the summer had pilloried Baltimore, a majority-black part of Cummings’ district, as a “disgusting, rat and rodent infested mess,” found some kind words for the late congressman. He tweeted: “I got to see first hand the strength, passion and wisdom of this highly respected political leader. His work and voice on so many fronts will be very hard, if not impossible, to replace!”

But Cummings knew when to give and when to withhold.

Take, as one example, the fact that in the months after that White House meeting, Cummings became one of Trump’s fiercest opponents; his political politesse had its limits. After the President disparaged Baltimore, Cummings replied, coolly, that Trump was welcome to visit the city: “He’ll see people, he’ll see organizations that have come to the inner city of Baltimore” and “did not go around criticizing, but they said, ‘How can we help?’ And they have helped.”

In addition, Cummings was a key figure in the Trump investigation, having served as the chairman of the House Oversight and Reform Committee, which is involved in the ongoing impeachment inquiry. In his final days, he was signing subpoenas from his hospital bed, a Democratic committee aide told CNN last week.

Or take, as another example, Cummings’ friendship with staunch Trump defender and GOP Rep. Mark Meadows of North Carolina. Cummings defended Meadows earlier this year when he was accused of racism, referring to him as one of his “best friends.” On Cummings’ death, Meadows returned the affection: “I am heartbroken. Truly heartbroken,” he said. “I have no other words to express the loss.”

Cummings’ behavior, here, illuminates how he navigated the overwhelmingly white Capitol Hill power dynamics with an awareness of the importance of nurturing relationships broadly.

While writing this piece, I remembered a 2016 Atlantic essay in which the sociology professor Tressie McMillan Cottom reflected on Obama’s presidency, writing in terms of how black Americans “know our whites.”

What better way to describe Cummings? With an uncanny knowledge of his country’s realities, he walked the tightrope of racial politics — and he did so tremendously. 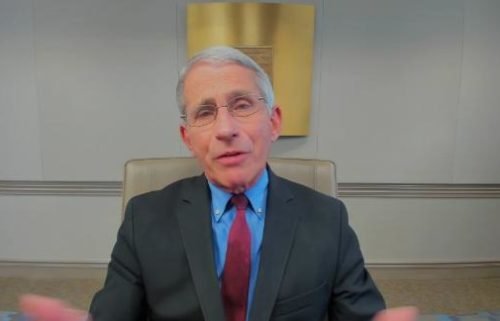