No single vote in Congress, except perhaps the passage of the Affordable Care Act, has had more impact on modern US politics than the one authorizing the war in Iraq more than 17 years ago. It’s one that former Vice President Joe Biden said on Tuesday night, for the umpteenth time, that he regrets even as he tried to couch his response.

That vote has played a major role in four presidential primaries since it was taken. It also had a great bearing on two midterm election years that changed control on Capitol Hill.

On Tuesday night, it haunted Biden as he sought to explain his vote in favor of the war as a US senator, during the Democratic presidential debate hosted by CNN and The Des Moines Register in Iowa.

War powers are top of mind because Congress rarely authorizes military force and it rarely votes to rein in a President’s power to use it. The House recently voted to curb President Donald Trump’s power to wage war in Iran without congressional approval and supporters in the Senate say they have the votes to pass a similar measure, although Trump would likely veto it.

Most of the foreign military action undertaken by Presidents George W. Bush, Barack Obama and Trump is based on a vote in 2001 authorizing military force after 9/11 to protect the homeland.

But it’s the vote authorizing military action in Iraq — a war now regretted by many members of Congress who voted in favor of it, and the public — that has arguably had more bearing on US politics since.

That Iraq War vote, taken in October 2002, had an impact on that year’s midterm elections and helped put Republicans, riding a wave of national security fervor after 9/11, back in control of the Senate.

Anti-war activists said at the time that the war was being trumped up for political reasons before an election. And while the Bush administration denied that charge, the intelligence that led to the war has since been shown to have been faulty and misused.

In 2004, John Kerry, the Democratic presidential nominee who had voted in favor of the Iraq War, was painted as a flip-flopper when he tried to argue he had opposed funding for the war after he supported authorizing the war.

He was talking about two separate votes for a funding bill when he said, “I actually did vote for the $87 billion before I voted against it.”

In 2006, as the war effort struggled, opposition to the conflict helped Democrats take control of the House of Representatives and the Senate. It was an anti-war former Republican named Jim Webb whose campaign in Virginia sealed the Senate majority for them.

In 2007 during the Democratic primary, then-Sen. Obama, who was not in office in Washington in 2002, used the war vote to distinguish himself from Hillary Clinton and Biden. Later, he used it against Republican nominee John McCain, who had been the most vocal lawmaker pushing an unpopular surge of troops into Iraq in 2007 and so had to own the Bush administration’s unpopular prosecution of the war.

By 2012, Obama was doing his own explaining of foreign policy as a power vacuum began to subsume Iraq after he had claimed the end of combat operations there in December of 2011.

In 2016, Trump claimed, despite evidence to the contrary, that he had opposed the Iraq War from the beginning and essentially trashed the Bush administration. He also used that supposed opposition against Clinton, who had voted in favor of the war as a senator in 2002. She had survived the Democratic primary despite Bernie Sanders’ argument that her vote for the war meant her foreign policy judgment was suspect.

Sanders was making a similar argument Tuesday against Biden.

“In 2002, when the Congress was debating whether or not we go into a war in Iraq, invade Iraq, I got up on the floor of the House and I said that would be a disaster; it would lead to unprecedented levels of chaos in the region. And I not only voted against the war, I helped lead the effort against the war,” he said.

Biden was bogged down explaining his yes vote back then.

“I said 13 years ago it was a mistake to give the President the authority to go to war, if in fact he couldn’t get inspectors into Iraq to stop what was thought to be the attempt to get a nuclear weapon,” he said. “It was a mistake, and I acknowledge that.”

Supporters of Biden have taken to that type of explanation, arguing the vote was not specifically to go to war even though that was its effect.

“When Joe Biden and many other senators voted for the authorization to use military force, that was a vote for tough diplomacy not to go to war,” former Biden adviser Tony Blinken said on CNN recently. He went on to serve in the Obama White House and is now a CNN contributor.

Biden pointed out during Tuesday night’s debate that Obama had gotten past the Iraq War vote to pick Biden as his running mate.

Sanders later argued that the two greatest foreign-policy blunders in recent US memory were the war in Vietnam and the war in Iraq.

While Sanders has said he is not currently a pacifist, he did seek conscientious objector status during the Vietnam War.

The aftereffects of the Iraq War continue to impact US policy. Trump authorized the killing of Iranian Gen. Qasem Soleimani earlier this month when the general was visiting Iraq to meet with an anti-US militia leader.

The direct impact of the war vote on US politics is nearing its end, however.

Sanders and Biden were the only people onstage who had taken part in the vote. Former South Bend, Indiana, Mayor Pete Buttigieg, who served in Afghanistan in 2014, was only 20 years old when the vote was taken. 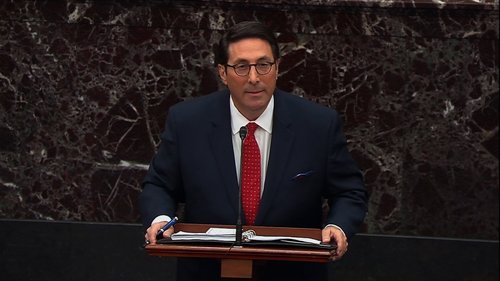