The Senate will consider, and vote on, the rules of the road for the opening stages of President Donald Trump’s impeachment trial.

The resolution dictating the trial rules is partisan. The fight over it will be heated. Democrats will try to change it and highlight its deficiencies. Every single Republican will vote for it, and it will be locked into place.

If the Senate was going to be different than every other step of the impeachment process in terms of tone and tenor, Tuesday certainly won’t look that way.

Bottom line: The stage is set. The Republican resolution is public. The briefs are (mostly) filed. The workspaces for the House managers and White House defense team are prepped. The walk-throughs of the Senate floor (including a how-to in utilizing the four television screens both sides can deploy for their presentations) have concluded. Buckle up. It’s time for the Senate impeachment trial of President Donald J. Trump.

There’s legislative language and amendments to follow, hundreds of pages of briefs and presentations to follow that. There’s partisan rhetoric flying from both sides. But here’s what matters: what brings four senators (or more) closer to joining with all 47 senators who caucus with the Democrats to say yes to witnesses and documents.

Each step in the days ahead, especially the presentations themselves, should be viewed through that lens — did it bring Republicans closer or push them further from joining with Democrats later in the trial. No one expects the President to be removed from office. Period. But the trial could change the trajectory of his presidency, or at least the understanding of what, exactly, happened inside his White House, depending on how Republicans choose to vote.

Or it may have no effect at all and be wrapped up by the middle of next week.

Everything comes down to whether four (or more) Senate Republicans choose to buck the White House, ignore the President’s Twitter feed, turn their backs on Senate Majority Leader Mitch McConnell, reject the wishes of their base and vote with Democrats. That’s the ballgame. It’s entirely possible it doesn’t happen — and if it doesn’t, there may be good explanations. But that’s the ballgame in terms of how this trial will be viewed in history.

How Tuesday will start

Once the Senate trial reconvenes, there will be an initial housekeeping measure: Sen. Jim Inhofe, an Oklahoma Republican, was absent last week due to a family issue and will need to be sworn in.

Then McConnell will introduce his organizing resolution for the first few stages of the trial. That will set off a chain of events, which at various points will be unpredictable (Democrats can, and will, move to amend the resolution):

Scheduling guidance: The length of Tuesday will be dictated by how many amendments Schumer chooses to propose. While his team has been tight-lipped about how many that will be, Schumer forecasted a “series of amendments” to reporters on Monday night. Shorter: it could be a long day.

Important caveat: Should senators want to debate any aspect themselves, they can move to deliberate. That would take 51 votes, and if adopted, would require the chamber to go into closed session. It’s unclear when, or if, this will be utilized. Bottom line here is senators can only speak, other than to offer a unanimous consent request, in closed session. That is a possibility that will always be hanging out there during the trial, and certainly will be throughout the day Tuesday.

Will there be subpoenas for witnesses and documents?

There is simply no way to answer this question right now. Four GOP senators have said they are open to considering witnesses and documents. Beyond Republican Sen. Mitt Romney of Utah, who has said explicitly he would like to hear from former national security adviser John Bolton, the other three (Sens. Susan Collins of Maine, Lisa Murkowksi of Alaska and Lamar Alexander of Tennessee) have not said specifically who they would want to hear from — only that they are open to the idea (and worked assiduously to include language in McConnell’s organizing resolution to set up a vote for just that purpose). Bottom line here: there will likely be little, if any, movement toward whether 51 vote exist to subpoena witnesses for days, if not longer.

That said: Senate GOP leaders and the White House are keenly aware of how close a final witness vote will be, particularly with Bolton hanging out there.

Backup plans for Bolton and other witnesses

Key reporting from CNN’s Pamela Brown: A senior administration official and a person familiar confirm the White House has been involved in discussions with GOP allies over the last several days to make sure they’re ready in the event Democrats get enough votes to allow witnesses to be called to testify.

To put this in plain language: even if the votes are there for witnesses, the administration and Senate GOP leaders are working through ways to short-circuit it from happening. More accurately, they are working through arguments to deploy against the idea of witnesses as senators deliberate before the first (and potentially final) witness vote.

Let’s make something abundantly clear: the McConnell resolution is not the 1999 Bill Clinton impeachment trial resolution. There are substantial differences. It’s modeled in a very similar fashion, and the time permitted and opening stages of the trial are in line with it. But it’s just not the same, or even “very, very similar.”

What’s in the resolution: These will be the rules of the road. Period. McConnell has the votes for it. So here’s how the trial will go.

Once adopted, the resolution would set in place:

This last point is key: If there are 51 votes for witnesses and documents, the trial moves into a new, unknown stage that would include more votes, depositions, more votes, then presentation of testimony or documents.

If the vote fails, that’s it. The trial moves on to deliberations and votes on the articles themselves.

Needless to say, that up or down vote is the moment of the trial.

Spotted: Senior staff and at least a few of the House impeachment managers shuffling into House Speaker Nancy Pelosi’s office late Monday night to walk through the resolution and apply it to their preparation strategy.

Schumer’s response: Schumer called the resolution a “national disgrace” and Democrats were unified in their opposition.

“After reading his resolution, it’s clear Senator McConnell is hell-bent on making it much more difficult to get witnesses and documents and intent on rushing the trial through.”

The organizing resolution introduced by McConnell is amendable — and Democrats plan to try and amend it. How specifically (and how many amendments they propose) is closely held, but rest assured the Senate will be voting on adding subpoenas for witnesses and documents on Tuesday — and won’t have to wait until the back half of the trial for those votes to occur.

The reality is this: Republicans are unified behind McConnell’s proposal that any witness or document votes be dealt with *after* the initial presentations and senator questions. That means Democrats won’t have the votes for their amendments. But it underscores that Democrats will move to put Republicans on the record on this issue early as they lay the groundwork for the crucial later votes to come.

McConnell kept his resolution from public view until less than 24 hours before it will be considered on the Senate floor. A significant part of the reason is this: it has been a work in progress. Another theory, at least according to one Democratic senator, is the concern that the longer the resolution is public, the more reasons Republicans can find to break ranks on it. To be perfectly clear — Republicans stuck closely behind McConnell in his strategy for the opening stages of the trial, and no GOP senator I spoke with raised concerns of being out of the loop or unclear about what comes next.

With that in mind: If there’s one thing McConnell wants throughout this process, it’s unity. He’s keenly aware that members of his conference are in different places on certain aspects. But the goal is to start unified. And stay unified as long as possible. The longer the Senate GOP sticks together, the more likely it is they’ll stay that way, is essentially the theory of the case. It’s why the resolution went through several additions, subtractions and iterations even *after* McConnell announced all 53 Senate Republicans were behind it. McConnell wants to make that pledge a reality.

It’s unclear how many amendments Schumer will propose Tuesday, but a smart way of getting a sense of what’s coming is to remember what Schumer (with the support of every Senate Democrat) has pushed for to this point:

Schumer’s rationale: The rationale of pushing for the above up front is three-fold, according to a senior Democratic aide. First, if put in order, it would make the process move more smoothly. Waiting until the back end of a trial for subpoenas to go out (if the votes are there to make it happen) will almost certainly lead to delays.

Third, Democrats have grown increasingly uneasy about language CNN has reported will be added to the initial resolution calling for an up-or-down vote on whether to seek additional witnesses and documents. If that vote fails, it may serve the role of essentially short-circuiting any future resolutions offered by Democrats to seek subpoenas for specific witnesses and documents.

This, it should be noted, remains speculative — Democrats have not seen the resolution or the new witness language. But it is a concern.

A notable wrinkle: McConnell and Schumer, as of Monday evening, had not spoken about the final text of McConnell’s resolution, nor has their staff discussed details how it would work in practice in the days ahead. That’s a rarity in a chamber that basically ceases to operate without the majority and minority leaders hammering out agreements on next steps on, well, anything. 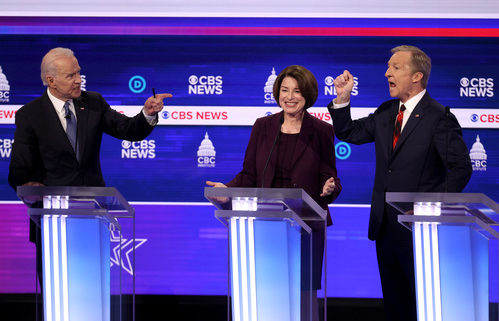