Democratic presidential candidate Bernie Sanders has been remarkably consistent about his democratic socialist vision to remake the country. And he doesn’t mind that it’ll cost many, many trillions. With a T.

The senator from Vermont has been talking about the centerpiece of his proposals — a single-payer health care system he calls “Medicare for All” — for decades. He’s also long endorsed free tuition for public colleges and universities.

Other proposals, such as free child care, he’s come to more recently. The Green New Deal he borrowed from progressives in the House of Representatives.

It’s a lot of change, and it seems almost fantastical that he could get any one of these provisions passed, much less all of them.

Add to that the rising federal debt, which worries some Democrats more than others.

“Let’s put this in perspective,” former New York Mayor Mike Bloomberg said at the Democratic presidential primary debate Tuesday night. “The federal budget is $4.5 trillion a year. We get $3.5 trillion in revenue. We lose $1 trillion a year. That’s why the federal budget — deficit is — right now, the debt is $20 trillion, going up to 21. We just cannot afford some of this stuff people talk about.”

The point is that a few short years after Republicans passed that tax cut, Sanders envisions huge tax hikes in the interest of removing burdens like health insurance and child care from people’s lives.

Sen. Amy Klobuchar of Minnesota, another Democratic candidate, has said Sanders’ proposals will all cost more than $60 trillion over 10 years.

During a CNN town hall Monday he provided a back-of-the-envelope ledger for the costs of most of his programs and how he’d pay for them.

Even in the most generous estimation — using Sanders’ estimates where possible and friendly estimates where he has none — his plans add up to at least $50 trillion in new government spending over 10 years.

It’s not entirely accurate to say it is all new spending. Medicare for All, for instance, would see the government take over trillions in spending currently done by states, employers and individuals. Trillions in private spending would become government spending.

“What we need to do is to do what every other major country on Earth does: Guarantee health care to all people, not have thousands of separate insurance plans, which are costing us some $500 billion a year to administer,” Sanders said.

In return for no longer having premiums to private insurers and copays, and after a government takeover of the health insurance industry, individuals would pay premiums (or taxes, whatever you want to call it) on annual incomes over $29,000 and employers would pay “premiums” on payrolls over $1 million. In calculations for this story we used $27 trillion, estimated by the Urban Institute for current national health spending that would become federal spending, and did not add on the $7 trillion in additional spending that the Urban Institute predicts under Medicare for All. Other estimates suggest national health spending would fall under the plan. Still others say it would be much higher.

The financing of other proposals is even more squishy.

The Green New Deal, for instance, would, according to Sanders, cost $16.3 trillion. He would pay for it in a variety of ways, including a partial nationalization of the electricity industry and assuming that 20 million new jobs would equal trillions in new taxes. That’s a broad assumption.

His proposals for free college would be paid for by a “modest” tax on Wall Street speculation that he says would raise $2.4 trillion over 10 years.

He proposes a progressive tax on fortunes of more than $32 million to fund his “Housing for All” and universal child care plans.

Among his more solvent proposals is a plan to increase the payroll tax that funds Medicare. Today it’s capped after a worker earns $132,400 a year. Sanders would bring it back for annual incomes of more than $250,000. That would allow him to make Social Security benefits more generous for lower-wage workers and also make the Social Security trust fund last longer, according to the nonprofit Committee for a Responsible Federal Budget.

Sanders will tell you that all these programs are worth the investment to help citizens and he’ll point out that nearly every other developed country has some kind of universal health coverage.

In Sanders’ mind, the final price tag is unknowable and perhaps unimportant.

But some of his rivals say it will give voters sticker shock.

“Let’s do this math,” said former South Bend, Indiana, Mayor Pete Buttigieg at Tuesday’s debate. “Senator Sanders at one point said (Medicare for All) was going to be $40 trillion, then it was $30 trillion, then it was $17 trillion. That’s an incredible shrinking price tag. At some point, has said it is unknowable to even see what the price tag would be. Now there are new numbers. It adds to four more years of Donald Trump, Kevin McCarthy as speaker of the House and the inability to get the Senate into Democratic hands.” 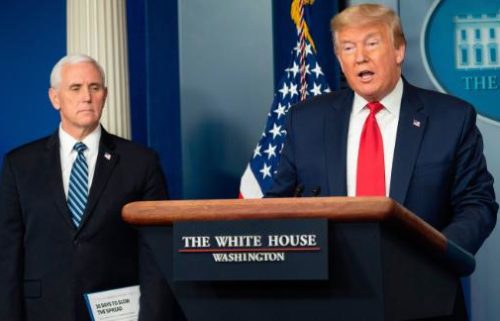