DETROIT, Michigan — Joe Biden got into a testy exchange Tuesday with a worker in Detroit who falsely accused the former vice president of wanting to confiscate guns from Americans, a remark that caused the Democratic presidential hopeful to say the man was “full of s***.”

The spat came during a campaign stop at a Fiat Chrysler assembly plant, where Biden greeted union workers and took photos ahead of the critical primary contest taking place in the state. The former vice president has regularly called for increased gun control in his campaign, a particularly sensitive issue among the blue-collar voters he’s trying to win in his primary battle with Vermont Sen. Bernie Sanders and a potential general election fight with President Donald Trump.

As Biden made his way through the crowd of hard-hat-clad workers, a man confronted the former vice president over gun control, making reference to a “viral video.” A video recently circulated by conservative outlets falsely suggested Biden supports widespread confiscation of guns, according to FactCheck.org.

“You are actively trying to end our Second Amendment right and take away our guns,” the man said at one point as he stood feet away from Biden.

“You’re full of s***,” the former vice president responded without missing a beat.

“I did not — no, no, shush, shush,” Biden said, turning his head to someone else. “I support the Second Amendment. The Second Amendment — just like right now if you yelled ‘fire,’ that’s not free speech. And from the very beginning: I have a shotgun, I have a 20-gauge, a 12-gauge. My sons hunt, guess what? You’re not allowed to own any weapon, I’m not taking your gun away at all. You need 100 rounds?”

“You and Beto (O’Rourke) say you’re going to take our guns,” the worker said to Biden. At a Democratic debate last year, O’Rourke memorably declared, “Hell, yes, we’re going to take your AR-15, your AK-47.” O’Rourke, who dropped out in November and has since endorsed Biden, also had proposed a mandatory buyback of assault-style rifles. Biden, however, has not endorsed those policies.

At one point, the man said, “You’re working for me, man,” to which Biden replied, “I’m not working for — gimme a break, man. Don’t be such a horse’s ass.”

As the two continued to speak amid a crowd, Biden raised his voice to the point where he was shouting at the man when they discussed assault-style weapons.

“Machine guns are illegal,” the man said, to which Biden incorrectly replied: “That’s right, so are AR-15s illegal.”

The man said AR-15s aren’t machine guns but are semi-automatic rifles, adding that handguns pose more of a threat than assault rifles before Biden walked away.

The exchange has been criticized by both Sanders and Trump’s campaigns. When asked later Tuesday if he had any regrets, Biden replied, “I’m surprised that Sanders is joining Trump. It’s surprising.”

Biden’s gun control plan, which he released in October, looks to tackle urban gun violence with an eight-year, $900 million program that would go toward efforts to combat shootings in 40 cities with the highest rates of gun violence. The plan would force owners of assault-style rifles to either sell their firearms through a voluntary buyback program or register them with the federal government under the same law that was first used to strictly control sales of machine guns in the wake of the gangland shootings of the 1920s and ’30s.

Biden often says that his plan to get assault rifles off the street does not violate anybody’s Second Amendment rights.

“It’s not violating anybody’s Second Amendment rights. As you’ve heard me say before, if you’re hunting geese, you can only have three shells in your shotgun. We protect geese better,” he said in February.

Biden and his campaign have argued that his four-plus decades in Washington position him to get more done than other Democratic 2020 hopefuls. Those decades include battles against the National Rifle Association in the 1990s — when he successfully pushed for a 10-year ban on the sale of assault-style rifles, part of the 1994 crime bill, which has become a flashpoint in the Democratic presidential race — and a 1993 bill mandating background checks for gun sales.

Several gun control groups have endorsed Biden in recent days. On Sunday, the Brady Campaign endorsed him for president, citing his “deep and consistent commitment to ending gun violence in the United States.” The Newtown Action Alliance endorsed Biden on Monday, saying Biden’s “support for gun violence prevention has never wavered” and that he was fighting the NRA “even when it was not popular for Democrats to do so.” 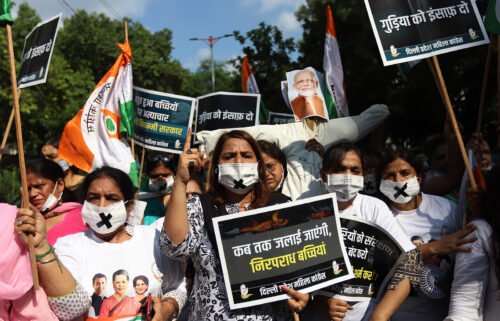 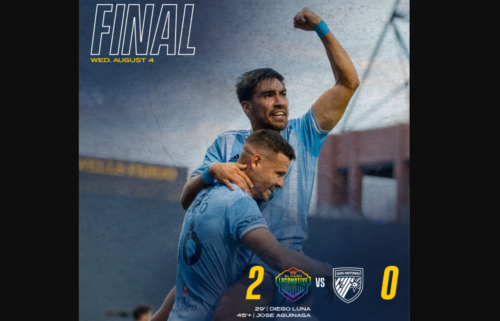