Democrats are swiftly moving to unlock an arcane Senate budget process to pass a Covid-19 relief bill with just Democratic votes even as the Biden administration continues their outreach to Republican senators to make the bill bipartisan.

Majority Leader Chuck Schumer announced Tuesday that the Senate could move as soon as next week to pass a budget resolution. That would be a first step in beginning the process to write a bill that would include Democratic priorities and could pass the Senate with just 51 votes.

“In keeping our options open, on our caucus call today, I informed senators to be prepared that a vote on a budget resolution could come as early as next week,” Schumer said.

Still, passing a budget resolution is just the first step in what is known as reconciliation, a specific and technical Senate budget process that allows passage of some legislation with just a simple majority. A vote on the resolution, which could bypass committee, according to multiple aides, would then allow the Senate to give a committee specific instructions to craft the language of the relief proposal. After that, the legislation would have to undergo a rigorous review process by the Senate parliamentarian who would decide if each provision in the bill met the rules required under reconciliation.

Democrats have argued that moving ahead with the budget resolution is hardly a sign that they are giving up on bipartisan talks, but they argue they need to kickstart that process now in case those bipartisan talks falter.

“Time is of the essence to address this crisis,” Schumer said. “We are keeping all options open.”

House Democrats are working on a parallel track also preparing to vote as soon as next week on their own budget resolution.

“We are prepared to go to the floor as early as next week,” Rep. John Yarmuth, the Democratic House Budget chairman told CNN Monday. “We will be ready to go.”

Looming over the legislative effort is the reality for Senate Democrats that an impeachment trial set to begin in two weeks will bring all other Senate business to a halt. Acting now, Democrats argue, is essential in ensuring they don’t waste time later.

The incoming chairman of the Senate Budget Committee Bernie Sanders said that his panel is already writing its budget resolution.

“I think that there is a consensus that Republicans are not prepared to come on board. That’s fine,” Sanders said.

It is still unclear which committees will ultimately have a role in writing the relief bill. It’s expected House Ways and Means as well as Senate Finance will play a pivotal role, although other committees may be given instructions as well.

Republicans, however, say they aren’t done talking. While many have signaled they can’t support a Covid relief package that costs nearly $2 trillion just a month after they passed a $900 billion bill, senators are still having conversations with their Democratic colleagues. Sen. Jerry Moran, a Republican from Kansas who has been part of the bipartisan talks, told reporters on Tuesday that White House officials had just reached out to him again to follow up. Other Republicans such as Sen. Rob Portman, a Republican from Ohio, said it would be “irresponsible” for Democrats to move ahead with reconciliation so soon.

“If the House decides to go ahead with the reconciliation approach, which is a way to get around working with Republicans, I think that would be not just a big mistake at this stage at the start of this administration, but irresponsible given what’s happened with the Covid-19 package,” Portman said on Tuesday. “We’re willing to work with them, and we said that on Sunday. We’re willing to sit down and work out again, a proposal that is bipartisan that can be passed by both chambers that helps to expand on what we just passed.”

Republicans used the reconciliation tool to pass their own tax bill in 2017. They also attempted to repeal and replace Obamacare using reconciliation, an effort that ultimately failed.

Republicans have been largely critical of President Joe Biden’s maiden legislative push, arguing its inclusion of raising the minimum wage to $15 and expanding the child tax credit have little to do with battling the outbreak or the resulting economic downturn.

Sen. Susan Collins, a Republican of Maine, said there is consensus in recognizing the need for more money for vaccine production, distribution and people to administer the vaccine, but that there is larger disagreement about other provisions.

She told reporters she had “a good discussion” with a high ranking White House official Monday but said, “This package should focus solely on the persistent pandemic and should not be used as a vehicle for a wish list that certain Democrats have.”

Utah Republican Sen. Mitt Romney, who was also on the call, agreed.

“I think there’s bipartisan support for a number of measures, particularly related to vaccine development, distribution, testing, PPE and perhaps PPP,” he said, adding that he wanted to wait to hear what other senators thought before he would be able to tell if there’s support for additional measures.

Biden said Monday he does not want to “cherry pick” his Covid relief bill, instead saying he wants it to pass as one encompassing bill, as opposed to pulling out specific issues.

“Time is of the essence, and I must tell you I’m reluctant to cherry pick and take out one or two items here and then have to go through it again because they all go sort of hand in glove,” he said.

The President has said he sees about two weeks as the window for bipartisan negotiations over the bill. And there’s the question of how much patience Democrats will have for Republicans during the negotiating process.

“Quick is relative,” said Sen. Brian Schatz, a Democrat from Hawaii. “But if we can get the money out to people and businesses and institutions expeditiously, that’s the singular goal. This fixation on bipartisanship is just that — it’s a fixation. I love to work on a bipartisan basis. But if they’re gonna block coronavirus relief, then we’re gonna move without them.” 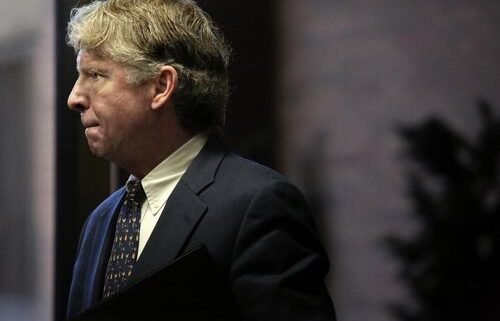 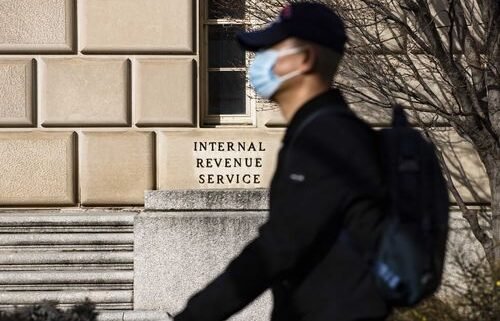