Senate Democrats and the White House are not yet abandoning the nomination of Neera Tanden to serve as President Joe Biden’s budget director — even though her confirmation hinges on the backing of two moderate senators who have yet to declare their intentions.

Two key Senate committees on Wednesday are expected to vote on whether to advance her nomination to the floor, the next major test to determine whether she has enough backing to win confirmation in the Senate or will be the first of Biden’s nominees to go down.

Tanden, who has come under sharp criticism from Republicans for her history of tweets attacking them, stands a chance of winning confirmation only if she gains the support of Democratic Sen. Kyrsten Sinema of Arizona and GOP Sen. Lisa Murkowski of Alaska. If either senator announces their opposition, Tanden almost certainly won’t get the job.

Tanden apologized and expressed regret over her past tweets during Senate confirmation hearings earlier this month. In the days after the election, Tanden deleted more than 1,000 tweets from her personal account, some of which were reviewed by CNN’s KFile.

Sinema, who sits on the Senate Homeland Security and Governmental Affairs Committee, one of the two committees slated to take up the nomination on Wednesday, has refused to say how she will vote. The Senate Budget Committee, led by Sen. Bernie Sanders, an independent who caucuses with Democrats, also will vote on her nomination on Wednesday. But the Vermont senator — who has a history of battling with Tanden — would not say Tuesday if he planned to support her for the position.

“We’re planning to,” Sanders said when asked if his panel would definitely hold the Wednesday vote.

Yet the biggest question centers on Murkowski, a moderate senator with a history of breaking from her party and who said Tuesday she would wait to take a position on the nomination until after the committees vote.

“I’ve got time,” she said when asked when she would make her position known.

But with Democratic Sen. Joe Manchin of West Virginia announcing his opposition to Tanden, and Republicans lining up in opposition, her confirmation seems destined to fail in the 50-50 Senate.

“It’s going to be a hard nomination for them to get across the finish line,” said Senate Minority Whip John Thune, who has privately spoken to Murkowski about the nomination.

“But I don’t have a final word for you on that yet but you guys can kind of read the tea leaves,” the South Dakota Republican said.

At a lunch on Tuesday, Senate Minority Leader Mitch McConnell said he hopes Republicans would stay unified against Tanden, whom they view as too partisan to lead the White House’s Office of Management and Budget, even as they have backed ideologically driven nominees to lead the office in the Trump administration.

“That’s the hope,” McConnell told reporters when asked if the GOP would unite against her nomination.

If her nomination fails, it would mark the first of Biden’s picks to fail in the evenly divided Senate, underscoring the power of any single senator to frustrate the new President’s agenda.

“There’s one candidate to lead the budget department. Her name is Neera Tanden,” press secretary Jen Psaki said at a briefing, reiterating the White House’s support for Biden’s nominee.

Psaki told CNN’s Kaitlan Collins in the briefing that it is the White House’s expectation that Tanden will still be the nominee on Wednesday when the two Senate committees vote on her confirmation. A full floor vote would be scheduled if she passes out of committee.

Tanden is a former Clinton campaign aide and president of the left-leaning think tank Center for American Progress.

Psaki said Tanden has spoken directly with 15 senators from both parties since Friday, the day Manchin said he would oppose her nomination.

“She’s committed to rolling up her sleeves, having those conversations, answering questions as they come up, reiterating her commitment to working with people across the aisle,” Psaki said, adding Tanden has had 44 meetings with Democratic and Republican senators throughout the confirmation process.

Psaki said the White House was also making calls on behalf of Tanden, but did not say whether Biden had personally called senators.

She took a pass when asked if Tandem was getting subjected to a sexist double standard, saying Biden believes that senators are going to consider his nominees “with the best of intention.”

Manchin said Tuesday, “Oh, come on, it’s not personal,” when asked by reporters about whether his opposition to Tanden was sexist.

The White House has publicly defended Tanden’s nomination, but sources have told CNN talks are underway about possible replacements. Tanden would likely be offered another position in the Biden administration that doesn’t require Senate confirmation if her nomination falls apart, an official familiar with the matter told CNN. 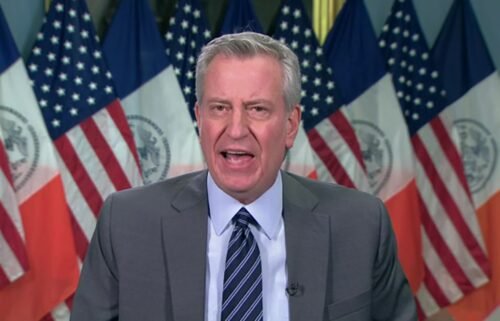 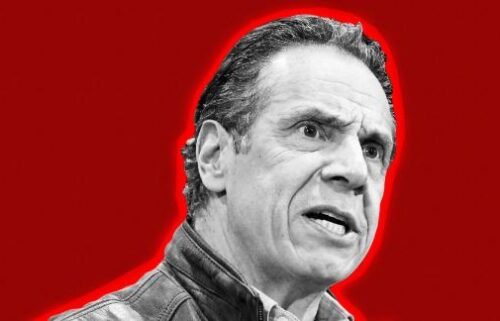