The Justice Department has charged a Capitol rioter who allegedly tased DC Metropolitan Police Officer Michael Fanone, who later spoke out about how he pleaded with the pro-Trump mob to spare his life.

In court documents unsealed Wednesday, federal prosecutors said Daniel Rodriguez used an “electroshock weapon” and a flagpole to assault an officer named “M.F.” from Washington DC’s Metropolitan Police Department. A law enforcement source confirmed to CNN that the initials are a reference to Fanone.

Fanone has previously said he was tased several times in the neck, beaten with a flagpole and heard rioters screaming that they should “kill him with his own gun,” while they tried to pull his weapon out of its holster. Fanone said he begged the pro-Trump mob to spare him, and that he suffered a heart attack from the Taser.

Rodriguez was indicted on eight charges stemming from the Capitol insurrection including assaulting an officer, theft of government property and disorderly conduct on the US Capitol grounds with a deadly or dangerous weapon. A lawyer for Rodriguez is not listed in the public court docket, and he has not yet entered a plea.

Prosecutors have charged at least one other person who was allegedly involved in the assault on Fanone.

More than 345 people have been charged so far in connection to the Capitol insurrection, including dozens who are accused of violent attacks on law enforcement. About 140 police officers sustained injuries during the riot. 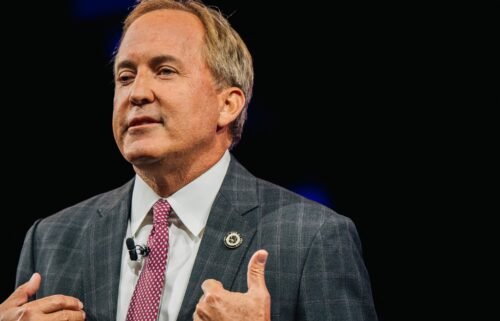