Business groups and voting rights organizations are attempting to apply public pressure on Texas Republicans as lawmakers gear up to finalize bills that would make it harder to vote in parts of the Lone Star State and criminalize some of the actions of election workers.

A group of some 50 trade associations and companies, including corporate giants such as HP, Microsoft and American Airlines, released a letter Tuesday urging elected leaders to “oppose any changes that would restrict eligible voters’ access to the ballot.” The letter came from a coalition known as Fair Elections Texas.

A separate group of Houston-area business leaders, meanwhile, sent a letter to Texas House Speaker Dade Phelan and members of Texas’ Legislature, warning that the restrictions “will inevitably damage our competitiveness in attracting businesses and workers to Houston” if they become law.

The last-minute lobbying is another test of the increasingly strained relationship between corporate America and the Republican lawmakers who have sided with former President Donald Trump and his efforts to spread falsehoods about election fraud. Republican officials in Washington have threatened retribution for companies that take a public stand on the voting restrictions that have sped through state legislatures in places such as Georgia, Florida and now Texas.

It’s not clear that Tuesday’s effort will have much of an impact on the state’s lawmakers, who could take floor action as early as Thursday on one of the sweeping election bills now under consideration.

“We appreciate the input of all Texans, including those who do not support election integrity,” Phelan spokesman Enrique Marquez told CNN in an email when asked to respond to the business push.

Ron Kirk, the former US trade representative in the Obama administration and one of the organizers behind the letter from Fair Elections Texas, told CNN that business leaders are expecting blowback.

But, he said, “there is a recognition that the issue of unfettered access to the polls is one that is central to our democracy and has to override whatever political concerns there are about causing a rupture in the historical relationship, to some degree, between the Republican Party and the business community.”

Kirk, the first African American elected mayor of Dallas, said, “As someone of color who grew up in Texas during Jim Crow, I would argue there is no right more important to the functioning of a healthy society and a healthy economy than the right to vote.”

Of particular concern to Kirk: Texas is weighing election measures that give partisan poll watchers more power at the same time legislators are considering allowing Texans to carry handguns without permits.

“I don’t think that it’s that far of a reach to say that the combination of over-anxious poll watchers encouraged to watch people color voting and carrying weapons could have just horrific, horrific consequences,” he said.

Bills under consideration in Texas would allow partisan poll watchers to videotape voters who are receiving assistance with their ballots and would make it harder for election workers to eject disruptive poll watchers.

An election official also could face a misdemeanor charge for refusing to give a partisan observer access to a polling place.

A group of more than two dozen voting rights and criminal justice groups this week issued a public letter to the state’s elected leaders, asking lawmakers to pull back on measures that criminalize conduct at the polling places.

The Republican Party’s embrace of Trump’s falsehoods about the 2020 election has frayed the traditional ties between big business and the party.

Dozens of corporate PACs suspended federal contributions after a deadly insurrection at the US Capitol attempted to disrupt the certification of President Joe Biden’s victory. Major League Baseball yanked the All-Star Game from Georgia to protest new voting restrictions there.

Republican leaders have responded with blistering criticism for businesses that criticize the new GOP voting laws.

Last week, GOP Sen. Ted Cruz of Texas wrote in The Wall Street Journal that “woke CEOs” would face consequences if they “flagrantly misrepresent efforts to protect our elections.”

“When the time comes that you need help with a tax break or a regulatory change, I hope the Democrats take your calls,” he added, “because we may not.” 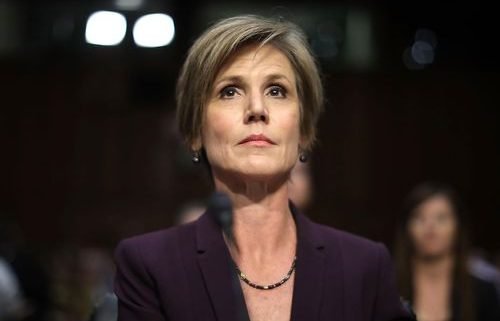