Thursday’s announcements bring the total to 16 states that have said since last week that they would terminate the $300 weekly federal boost to state benefits or the federal expansions of jobless benefits to those who previously didn’t qualify and to those who have run out of their regular state benefits — or all three federal programs. Arizona and Ohio are only cutting the $300 weekly supplement.

Governors are citing workforce shortages and the improving economy as the reason for their decisions.

The payments, which Democrats recently extended until early September as part of their $1.9 trillion coronavirus rescue package, will end as soon as June 12 in some states.

“These changes have the potential to drastically scale back assistance to jobless workers far too early in the recovery,” said Andrew Stettner, senior fellow at The Century Foundation, who calculated how many people would be affected. “Nationally, there are still 16.8 million workers on one of the unemployment programs, and the nation is still short 8 million-plus jobs from the start of the pandemic.”

Are you at risk of losing your benefits early? Tell us about it using this form.

The jobless could lose as much $10.8 billion in payments in these states, Stettner said, though the figure assumes all states are ending the payments on June 12. At least three states are terminating on that date, but others are ceasing the benefits over the following few weeks.

Those programs, which were created by Congress in March 2020 to address the coronavirus-fueled economic upheaval, broadened benefits to freelancers, independent contractors, the self-employed and certain people affected by the coronavirus, while the latter extends the duration of regular state benefits.

Those on regular state benefits, which typically last up to 26 weeks, will continue receiving that compensation, but stop getting the $300 federal supplement.

If all Republican governors were to pull out, some 4.8 million workers would be affected, and $29 billion in payments would be lost.

These funds don’t only help the jobless, experts argue. They help local businesses and economies because those out of work are able to continue spending on groceries, housing costs and other items.

“The same businesses that are complaining about not being able to find an extra dishwasher, they are taking swipe and after swipe from unemployed people on their debit cards to buy food,” Stettner said. “It’s just really short-sighted.”

Montana Gov. Greg Gianforte last week was the first to say he was pulling out of the federal program, saying that businesses in the state can’t find workers because the generous unemployment benefits were keeping people on the sidelines. Instead, Montana will offer a $1,200 return-to-work bonus, using federal funds.

States can terminate their agreements with the federal government to participate in the programs, under the relief package’s provisions.

Georgia Gov. Brian Kemp announced Thursday that the state would cease the $300 federal payments and pandemic programs on June 26.

“Thanks to our measured reopening, Georgia’s unemployment rate is well below the national average,” he tweeted, referencing the state’s 4.5% unemployment rate in March. “Now it is time for Georgians to get back to work so we can fully return to normal in the Peach State!”

In Arizona, jobless residents will stop receiving the federal payments on July 10, Gov. Doug Ducey said Thursday. Instead, the state will set aside $300 million in federal funds to offer one-time $2,000 bonuses to eligible people who take a full-time job and $1,000 to those who return part-time, after they complete at least 10 weeks of work.

In addition, Arizona will provide three months of child care assistance for unemployed workers who return to work and are eligible for the bonus.

The state also will provide $7.5 million for community college scholarships for unemployed workers who qualify for the bonuses and $6 million for GED test preparation and exam fees for eligible residents.

“When this program was put in place, it was a lifeline for many Americans at a time when the only weapon we had in fighting the virus was to slow its spread through social distancing, masking and sanitization,” DeWine tweeted. “That is no longer the case. That is no longer our only tool in this fight. This assistance was always intended to be temporary.”

The terminations are likely to widen the split between Republican officials and business owners on one side and Democrats and workers on the other. The former point to the growing shortage of workers as evidence that people would rather stay home than accept job offers.

Democrats and workers, however, argue that millions of people remain out of work and cannot return easily because their children are still learning remotely or they remain concerned about the coronavirus.

More than 4.2 million people said they are not working because they are concerned about getting or spreading the virus, according to census survey data from the second half of April.

President Joe Biden, while warning Monday that people who can work must accept offers or lose their benefits, said most Americans want to be employed if possible.

Vermont Sen. Bernie Sanders on Thursday sent a letter to Labor Secretary Marty Walsh asking him to commit to holding states accountable for their role in administering the benefits.

“Democrats in Congress secured life-saving unemployment aid to workers so they wouldn’t have to go back to work for starvation wages or without childcare,” Sanders tweeted, adding that he asked Walsh “to ensure Republican governors do not strip that assistance away.”

Asked about the states dropping pandemic benefits and Sanders’ letter, Labor Department spokesman Egan Reich said: “Secretary Walsh and the Biden administration have been doing all they can to take concrete action to prevent anyone from falling through the cracks as we know unemployment benefits have served as a vital lifeline for workers throughout the pandemic — to help them buy food, pay rent and remain healthy.”

This story has been updated with comment from the Department of Labor and additional state announcements.

CLARIFICATION: An earlier version of this story suggested Arizona and Ohio would be dropping all federal unemployment benefit enhancements. Those two states will continue providing pandemic programs for freelancers, the self-employed and others, as well as for the long-term unemployed. 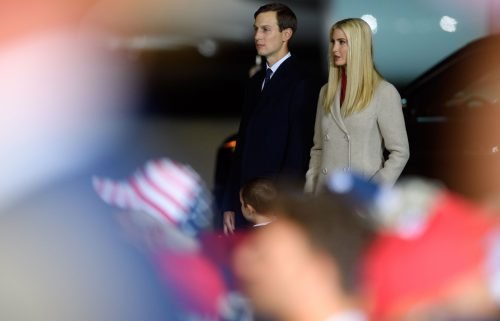