Ex-top Trump Justice Department official Rod Rosenstein has told people in recent days he was not aware of a subpoena that targeted the data of Democratic members of Congress while he was deputy attorney general, a source familiar with Rosenstein told CNN on Saturday.

The attorney general at the time of the Apple subpoena, Jeff Sessions, was recused from all matters related to the Russia probe so a related leak investigation would have fallen under Rosenstein, CNN has reported. Former Attorney General Bill Barr, who took office a year after the subpoena was issued, also said Friday he does not recall discussing a probe of lawmakers.

Rosenstein’s distancing from the controversial investigation comes as details released by Apple show the government presented the company with a broad subpoena for data connected to many numbers and emails and then put it under a gag order preventing disclosures to customers. The subpoena did not describe the nature of the investigation.

The gag order was renewed three times but was not extended this year. That freed Apple last month to finally inform those whose data was taken. It is at that point that Reps. Adam Schiff and Eric Swalwell — both California Democrats on the Intelligence Committee who were Trump opponents — as well as committee staff and other staff, some family and even a minor learned their data was taken. Records seized included those from staff members who had nothing to do with issues related to Russia or former FBI Director James Comey, including Schiff’s personal office staff, a House Intelligence Committee source told CNN.

Senate Majority Leader Chuck Schumer and Senate Judiciary Committee Chairman Dick Durbin are calling for Barr and Sessions to testify on the matter.

“If they refuse, they are subject to being subpoenaed and compelled to testify under oath,” the Democrats said in a statement Friday. But a Senate aide explained that Democrats would need the support of at least one Republican on the evenly divided Judiciary Committee to approve any subpoenas. House Democrats, however, can issue subpoenas without the consent of the GOP.

Democrats on the House Intelligence Committee, which Schiff chairs, plan to ask Apple to look into whether additional members were targeted by the Trump Justice Department, CNN has reported.

“I think the attorney general has to recognize this isn’t an isolated incident,” he added, referring to Attorney General Merrick Garland. “This is a systemic abuse of power, as we’ve described before. He has to get a handle on that.”

News of the subpoenas, which broke Thursday evening, marked just the latest disclosure about the Trump administration’s heavy-handed tactics toward leak investigations. The development follows a series of revelations about the Justice Department secretly obtaining records from journalists, including CNN’s Barbara Starr, as well as reporters from The Washington Post and other news organizations.

This story has been updated with additional background. 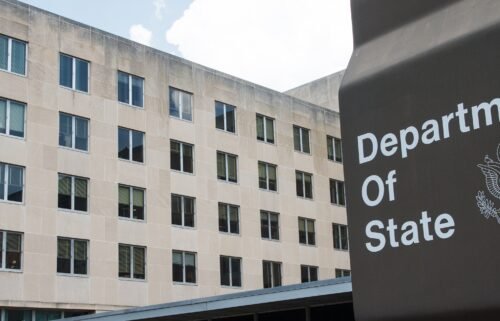