Newly released documents appear to show top career officials at the Census Bureau had drafted a memo of concerns during the Trump administration’s attempts to exert political pressure on the bureau during the 2020 population count.

Other records show career officials alarmed by pressure from political appointees to alter processes for tallying undocumented immigrants and citizenship data that would likely result in GOP gains in the US House of Representatives. The records are among hundreds of documents that the liberal-leaning Brennan Center for Justice at New York University’s law school obtained in a lawsuit filed in September 2020.

The New York Times was the first to report on the Census Bureau records.

An email among senior officials at the Census Bureau from September 2020 discusses the Commerce Department, which oversees the bureau, and what the officials considered to be an “unusually high degree of engagement in technical matters, which is unprecedented.”

The email and other documents came out as a result of a Freedom of Information Act lawsuit between the Brennan Center and the Department of Commerce, as well as eight other federal agencies. The email shows that the officials drafted a memo and planned to discuss with then-Commerce Secretary Wilbur Ross his apparent interest in areas the Census Bureau officials perceived to be under the bureau’s independent jurisdiction, separate from its parent agency. The issues involved technical aspects of the population count including the privacy of census participants, the use of estimates to fill in missing population data, pressure to take shortcuts to produce population totals and political pressure for a last-minute push to identify and count undocumented immigrants.

In an email to CNN, Ross said he had no recognition of seeing the memo at any meeting in which the set of topics was discussed with him. The Census Bureau did not return CNN’s multiple requests for comment.

The Census Bureau’s population estimates are used for reapportionment, the process of reallocating House districts among the 50 states. But the Trump administration also wanted the bureau to separately tally the number of undocumented immigrants in each state. Then-President Donald Trump had ordered the tally in a July 2020 presidential memorandum, saying he wanted to subtract them from House reapportionment population estimates, CNN reported at the time.

Trump had already sought to use the census as a way to advance his immigration priorities as President. In June 2019, the Supreme Court rejected his administration’s attempt to add a citizenship question to the 2020 census.

The FOIA suit ended in October 2020, when the trial court granted the Brennan Center’s motion for a preliminary injunction, forcing the agencies, including the Commerce Department, to produce most of the requested documents to the Brennan Center on a rolling basis. All of the documents were made public last week, revealing for the first time new details about the struggle that senior census officials had faced when counteracting the Trump administration’s political influence at the agency.

Other undated records released as part of the same suit suggest that the Commerce Department planned to have Ross make personal calls to 10 Republican governors in order to lobby them to provide state records to “enhance the frame from which citizenship status is determined.” There was no evidence to suggest that similar calls were made to Democratic governors, according to the Brennan Center’s analysis of the FOIA documents it received.

The records also show that Census Bureau officials tasked with carrying out Trump’s July 2020 memo did not think it was achievable due to timing and technical restraints. In August 2020, emails addressed to then-Bureau Director Steven Dillingham, appointed by Trump, and political appointee Nathaniel Cogley said the bureau “has been consistently pessimistic” about the feasibility of determining undocumented populations and that “under the best, most legally defensible methodology, we are at great risk of not being able to carry out the policy outlined in the Presidential Memorandum by December 31, 2020.”

Another email suggests that political appointees joined the 2020 census count process late in the game when Dillingham introduced two of them to career officials at the bureau in August 2020 “to accomplish much work in a short period of time.” The email states that the two appointees, Cogley and Benjamin Overholt, were “interested in” efforts to produce citizenship data. An internal watchdog report in 2021 cited the two appointees for leading the administration’s efforts to produce a last-minute report on undocumented populations in the final days of the Trump administration.

Soon after the inspector general report revealed the push to produce a tally of noncitizens that career officials said could not be assembled, Dillingham, who denied the accusations of partisan interference at the bureau, resigned nearly a year before his term had been scheduled to end, dashing the possibility of being fired by the then-incoming Biden administration.

Dillingham and Cogley did not immediately respond to CNN’s request for comment. Attempts to reach Overholt have been unsuccessful.

In addition to Ross’ apparent interest in Census Bureau affairs, other FOIA records show the Commerce Department under the Trump administration was in close contact with anti-immigration groups leading up to the 2020 census count.

Records show Mark Krikorian, executive director of the Center for Immigration Studies, a group that advocates for reduced immigration, emailing directly with Ross in December 2019 about the group’s recent report on “long-term consequences of mass immigration and the apportionment of House seats. … ” The email opens with a reference to a call from Ross.

The FOIA records also reveal a connection between a Commerce Department official and a former Trump adviser known for his work in the administration peddling unsubstantiated claims of voter fraud. An email chain shows a Commerce Department employee putting Cogley in contact with the Heritage Foundation’s Hans von Spakovsky, a member of Trump’s failed voter fraud commission.

Jamie Crawford contributed to this report. 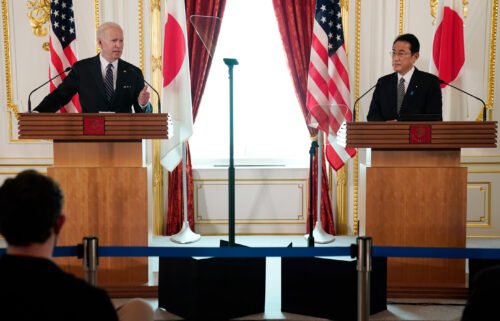