El Paso, Texas--As we approach the second anniversary of the August 3rd shooting, The Paso Del Norte Community Foundation is hoping the community can come together to share random acts of kindness through their #ElPasoKind initiative. They've even asked the creator of #ElPasoChallenge to help them spread the word.

"You can help someone in need when they're feeling stressed out," said Ruben Martinez back in 2019 to ABC-7's Mauricio Casillas. Days after the tragic August 3rd shooting, Martinez and his mom wanted to find a way to help locals smile during a time of tragedy.

It was then when Martinez decided that he would do 23 acts of kindness to honor the 23 victims from the August 3rd shooting. The challenge was simple. Anyone who received an act of kindness were encouraged to pay it forward and use the hashtag #ElPasoChallenge on social media to spread positivity.

Fast forward two years later, 13-year-old Martinez continues his #ElPasoChallenge and this year he’s teaming up with Paso Del Norte Community Foundation to remind people what it means to be #ElPasoKind.

“I think it’s really incredible that it is a young person that is taking the initiative to lead with these acts of kindness because kids will notice and hopefully they’ll follow that same example,” said Mica Short, Vice President of development for Paso Del Norte Community Foundation.

El Pasoans and beyond are encouraged to perform a random act of kindness, big or small, and share it on social media using the hashtag #ElPasoKind.

"You can make some cookies for your mailman or take something over to your neighbor," said Short, "there’s so many ways that you can do acts of kindness.”

Martinez and his mom, Rose Gandarilla, spent their Friday afternoon handing out Starbucks gift cards and other gifts to people walking around downtown El Paso.

Since the beginning of the #ElPasoKind initiative, Martinez has done other acts of kindness including handing out roses to people and he and his mom plan on soon beginning a project that will allow them to throw birthday parties for young children whose are not able to have a birthday party.

Ruben's mom has been by her son since he first began the #ElPasoChallenge and she’s proud of him and his heart of gold.

"I always tell him, don’t lose your heart. Anything you do, son, you do it but don't lose that heart of gold,” said Gandarilla.

The #ElPasoKind initiative is a collaboration with Paso Del Norte Community Foundation and the El Paso County as part of the "Month of Unity and Healing."

El Pasoans are challenged to join the movement and perform random acts of kindness from now until August 3rd to spread positivity to our community and remember all the victims and their families. 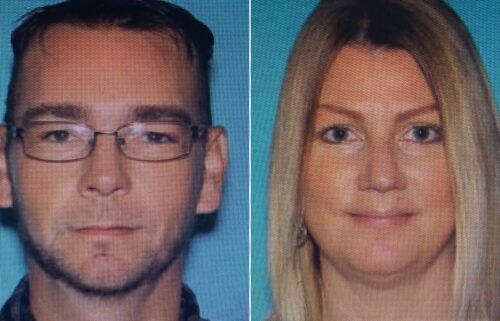