The owners of an East side computer repair store are determined to bring a burglar to justice after the intruder stole 10 laptops belonging to customers.

Fernando Medina, co-owner of Computer Experts International, told ABC-7 the company stands to lose $10,000 replacing the stolen computers. “This hurt us as owners. It hurts my employees, my customers, my neighbors. Everyone’s affected by it,” he said.

Medina and his business partner got a phone call from their business’ alarm company at around 3:45 a.m. Wednesday. By the time Medina got to his store on Viscount Boulevard, the crook had taken off. The alarm system was blaring, and the tinted glass door was shattered.

Medina showed ABC-7 surveillance videos from inside the store. “I can actually see what (the thief) did, but the bad part is I can’t see his face,” said Medina.

The surveillance video is not very clear– it shows a figure in a hooded sweatshirt shining a flashlight throughout the store. The business owners hope someone will come forward with information that could lead to an arrest.

“We’re a small business. We’re locally owned. We’ve put a lot of time and effort into this, and for someone to come in and tear it up– that’s why it’s more of a personal threat to us,” said Medina.

All the customers whose laptops were stolen have been notified by the company and will have their computers replaced.

They don’t come with their original chargers, which were left behind by the crook.

If you have any information on the laptop bandit, call police. The number to leave an anonymous tip is 915-832-4400. 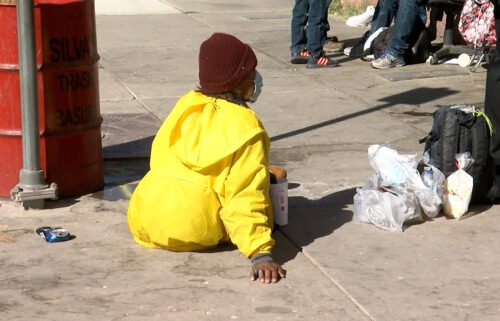