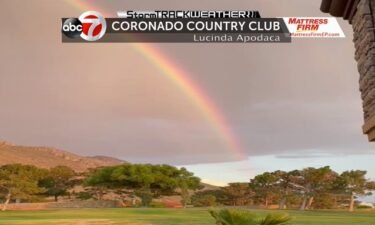 EL PASO, Texas -- Former El Paso mayor, Joe Wardy, is weighing in on the ongoing debate regarding the mayor and the city council.

El Paso city council had previously voted to extend the city manager's contract to 2029. His contract wasn't set to expire until 2024.

However, El Paso mayor, Oscar Leeser, had vetoed the vote. Leeser stated it was too early to be extending his contract and he also provided other reasons for the veto.

Instead of overriding the veto, the city council came up with an alternative contract extension.

This week, Mayor Leeser issued a second veto to that new extension.

Joe Wardy was El Paso mayor from 2003-2005. During that period, it was a mayor-council form of government, but it would later get passed to create the position of city manager.

Wardy said it was important to create the position of the city manager since the city was growing exponentially.

He said he hoped the position would "evolve" and he says we are going through an evolution right now.

Ultimately, Wardy said he does agree with Mayor Leeser's veto. He said it is not an issue of Tommy Gonzalez, but rather the process.

He said he is not critical, he understands the different issues the body faces. "I just know the citizens of EL Paso expect an elite level of professionalism from their elected officials."