The release said Jenkins’ mandate violates the governor’s executive order banning local officials from requiring residents to wear masks. It cited the Texas Disaster Act, which grants the governor emergency powers during a disaster, and said the office has filed a petition in the appeals court to revoke Jenkins’ mandate.

“Attention-grabbing judges and mayors have defied executive orders before, when the pandemic first started, and the courts ruled on our side – the law,” Paxton said in the release. “I’m confident the outcomes to any suits will side with liberty and individual choice, not mandates and government overreach.”

Earlier in the day, Jenkins announced that all public schools, child care centers and businesses in Dallas County must require face coverings. The day before, a state district judge temporarily granted him power to mandate masks in a rebuke of Abbott’s order.

Jenkins is among several local leaders to defy Abbott’s order in recent days, with officials in San Antonio and Bexar County issuing similar mandates and major school districts across the state independently declaring that they will require mask wearing.

Defiance of Abbott’s ban on mask mandates continued to grow Wednesday as yet another Texas school district announced plans to require students to wear face coverings amid a surge in Covid-19 hospitalizations throughout the state.

In the Houston suburb of Spring, the school district’s 33,000 students, along with faculty, staff and visitors will be required to wear masks starting Monday.

The Spring school district joins ones in Austin, Dallas, San Antonio and Fort Worth in requiring students and staff to wear masks on campuses and other district buildings. The mandates go against an executive order Abbott repeated last month banning mask mandates by any state, county or local government entity.

Renae Eze, a spokeswoman for Abbott, said in a statement that violating the governor’s executive orders “and violating parental rights—is not the way to do it.”

“Gov. Abbott has been clear that the time for mask mandates is over; now is the time for personal responsibility. Parents and guardians have the right to decide whether their child will wear a mask or not, just as with any other decision in their child’s life,” Eze said.

The dispute over mask mandates in Texas comes as Covid-19 hospitalizations continued to rise, increasing to 10,463 on Wednesday, the most since Feb. 3. In the last two weeks, hospitalizations have increased by 85%. State health officials reported 112 deaths on Wednesday, the first time the total surpassed 100 since March 10. Hospitals around the state are overrun with Covid-19 patients and many don’t have enough nurses and other personnel to adequately staff intensive care unit or ICU beds.

“If this continues and I have no reason to believe that it will not, there is no way my hospital is going to be able to handle this. There is no way the region is going to be able to handle this. I don’t want to be an alarmist ... But I am frightened by what is coming,” Esmaeil Porsa, president and CEO of Harris Health System, which runs the Houston area’s public hospitals, told lawmakers during a meeting of the Texas Senate Health and Human Services Committee.

Outside the Houston school district’s headquarters on Wednesday, a group of teachers unions along with parents and students asked area districts to defy Abbott’s order and issue their own mask mandates.

“A mask mandate is not a risk to anyone. Not requiring masks puts children and their families at risk,” said Aly Fitzpatrick, whose twin sons are set to start second grade at Cypress-Fairbanks Independent School District, located northwest of Houston.

The superintendent of Houston’s school district, the state’s largest, planned to ask his school board to approve a mask mandate during a Thursday meeting.

The legal ruling from Dallas County that Abbott is challenging follows one from earlier Tuesday when another judge issued a different temporary restraining order, allowing officials in San Antonio and Bexar County to mandate masks in public schools.

Officials in Harris County, the state’s largest county and where Houston is located, are contemplating filing their own lawsuit against the state over Abbott’s executive order.

Eze said Abbott’s executive orders have been upheld despite dozens of previous legal challenges to them.

“We expect a similar outcome when the Dallas and San Antonio trial court’s decisions are reviewed by the appellate courts,” she said. 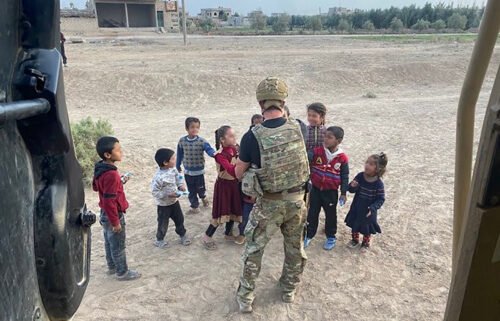