LAS CRUCES, New Mexico — A Republican candidate for a crucial U.S. House seat in New Mexico is launching a television advertisement blitz amid a GOP primary where hopefuls are trying to position themselves as the strongest supporters of President Donald Trump.

Claire Chase is scheduled Tuesday to release her first ad aimed at portraying herself as a political outsider and an avid anti-abortion activist. Another ad will highlight Chase’s stance on border issues.

“We’re grateful that the outpouring of support for Claire’s candidacy from conservatives has put us in a position to let voters know early that Claire is the only pro-Trump political outsider in this race,” Chase’s campaign manager Mike Berg said.

Chase is seeking the Republican nomination to challenge U.S. Rep. Xochitl Torres Small, D-Las Cruces, for a seat that represents southern New Mexico. Torres won the Republican-leaning seat in 2018 by less than 3,000 votes.

According to federal campaign records, Chase, an oil executive from Roswell, raised $261,417 during the last months of 2019 after a surge months before. She reported having $588,519 cash-on-hand.

Los Cruces businessman Chris Mathys reported raising $1,835 during the same period. He previously loaned his campaign $250,000 and reported having $200,159 cash-on-hand.

Chase and Herrell have been throwing charges that each is a stronger supporter of Trump than the other.

Torres Small, a granddaughter of Mexican immigrants, rarely mentioned Trump in the 2018 campaign and promised to uphold the region’s “rural values.” In Congress, Torres Small has attempted to portray herself as a moderate on issues around immigration and spending. 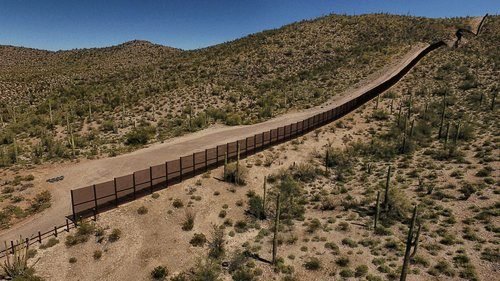