EL PASO, Texas -- Beto O’Rourke reiterated to ABC-7 on Friday that he is not running for U.S. Senate next year as speculation swirls ahead of the upcoming Monday filing deadline.

The former El Paso congressman has long said he would not challenge U.S. Sen. John Cornyn, but since he dropped out of the presidential race last month, some supporters have held out hope for a reversal and buzzed that he may be giving it new consideration.

O'Rourke confirmed Friday in a text message to ABC-7 that he will not be running. When asked if he would be filing for a senate bid come the deadline Monday, he responded, "No."

“Nothing's changed on my end,” O’Rourke said in a separate text message to The Texas Tribune. “Not running for senate.”

O’Rourke’s statements come just days after the release of a poll showing he would fare much better against Cornyn than other Democrats who are running. The survey, commissioned by a group led by an O’Rourke booster, breathed new life into the speculation simmering since early November that O’Rourke could be convinced to make a late entry into the race.

"I saw the results of the poll, and there is a big, big difference between what Beto would do in a ... one-to-one race against Cornyn versus all the other candidates, a substantial difference," Texas Democratic Party Chairman Gilberto Hinojosa said in an interview prior to O’Rourke’s statement Thursday night. "As far as that poll is concerned, he appears to be the strongest of all the candidates."

At the same time, Hinojosa maintained that he believed all the candidates have the potential to beat Cornyn and lead a ticket with significant down-ballot opportunity. Democrats are working to flip six U.S. House seats and capture the state House majority — opportunities that some O’Rourke loyalists worry may fade if he sits this cycle out.

One high-profile congressional candidate said she was keeping an open mind about the U.S. Senate nominee with whom she may share the ballot.

"It’s important, and I trust the voters of this state to make that happen," Wendy Davis told reporters after filing for her race Wednesday in Austin. "I think we’ve got some incredible candidates in that field right now, and I’m really excited about the opportunity to be on the ballot with one of them."

The lineup for the Democratic primary includes Chris Bell, the former Houston congressman and 2006 gubernatorial nominee; Amanda Edwards, a member of the Houston City Council; MJ Hegar, the 2018 congressional candidate; Royce West, a state senator from Dallas; Cristina Tzintzún Ramirez, a progressive organizer; and Sema Hernandez, O’Rourke’s 2018 primary opponent who got a stronger-than-expected 24% of the vote.

So far, none of them has come close to replicating the massive fundraising or frenetic campaign pace of O’Rourke’s 2018 bid.

At least one of them, West, has weighed in on the prospect of an 11th-hour bid by O'Rourke.

"I’d be disappointed because one of the things that I did before getting into the race was to talk to Beto and ask him — not once, but twice — if he decided to get out of the [presidential] race, would he get in [the Senate race]? And he said no," West recalled during at a Texas Tribune event last month.

When O’Rourke ended his presidential campaign Nov. 1, a spokesman simultaneously said in a statement that “Beto will not be a candidate for U.S. Senate in Texas in 2020.” A couple of weeks later, during an appearance in Longview, O'Rourke's wife, Amy, also downplayed the idea of another Senate run.

"There are some amazing candidates that have stepped up," she said, "and ... it takes a lot of courage to stand up, and so we want to do everything in our power to support them."

Yet O’Rourke’s fans have had reason to believe he could be persuaded to rethink his opposition to a Cornyn challenge. After all, while running for Senate in 2018, he insisted he would not be a presidential candidate, which he later became.

Some of O'Rourke's allies and supporters have already picked sides in the U.S. Senate primary. West in particular has rolled out endorsements from his state Capitol colleagues and local elected officials who backed O'Rourke in his previous campaigns. And some of the staff from O'Rourke's 2018 campaign drafted Tzintzún Ramirez into the race and now work for her.

Much of the field was quick to lavish praise on O'Rourke when he left the White House contest, with Tzintzún Ramirez going as far as to tweet at O'Rourke and say she looks "forward to getting your endorsement so we can defeat John Cornyn in 2020." Throughout the primary, some candidates have made moves that may appeal to O'Rourke and his supporters, like when Tzintzún Ramirez and Bell criticized Hegar for not supporting the O'Rourke-championed mandatory buyback program for assault weapons.

If he ran, O'Rourke would not only have to backtrack on his previous statements swearing that he would not do so but also his praise of the crop of candidates. He has said they all could defeat Cornyn, and he showcased almost the entire field at the time during a Grand Prairie rally in October.

It is a diverse field, featuring women and people of color — creating unflattering optics if O’Rourke, a white man who grappled with questions of privilege in his presidential run, were to charge in at the last minute.

Another consideration would be positions that O'Rourke took during the presidential race that moved him further to the left than when he ran statewide in 2018. There was his full-throated embrace of the mandatory buyback program, as well as his comment in support of stripping tax-exempt status from churches that do not support gay marriage. His campaign later walked back that position, but it would nonetheless be bound to come up again against Cornyn.

The incumbent has long reveled in the specter of O’Rourke challenging him, using it to raise money and rally supporters. Cornyn’s campaign has kicked those efforts into overdrive recently, launching a series of “Beto Watch” emails to supporters that feature a live countdown to the filing deadline and a daily overview of "some of the most dangerous policies Beto supports."

The filing deadline is 6 p.m. Monday. In a potential sign of deference to O’Rourke, the field has been slow to file during the month-long period, and as of Thursday night, some of the more prominent contenders, such as Hegar and Edwards, still had not made their bids official.

All the while, O’Rourke has remained visible, using his social media accounts and email list to weigh in on issues such as the now-halted Rodney Reed execution and to pitch in on Texas politics, particularly in state House races.

Last weekend, he threw his weight behind a new group called Flip the Texas House that was started by volunteers from his 2018 Senate campaign. On Thursday afternoon, he endorsed one Democrat over another in a special election runoff next month for a reliably blue seat in Dallas.

And on Thursday evening, he called in to a Democratic candidate forum in House District 67, which he carried by 6 percentage points in 2018 while the Republican incumbent, Jeff Leach, won by 2. Appearing via video chat, O’Rourke said he is “going to do a lot more travel in the state to support candidates, to support local party organizations and just to see really good friends” from the 2018 race.

“This is the make-or-break moment for America, for Texas, for our community,” O’Rourke said, “and what we did — or what we fail to do — will define us to some degree for the rest of our lives.” 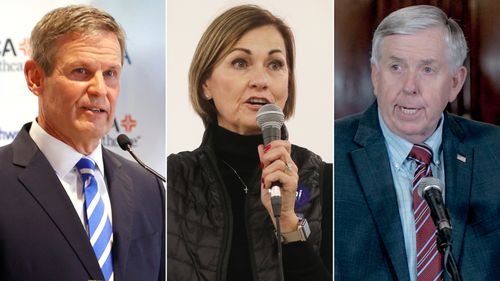