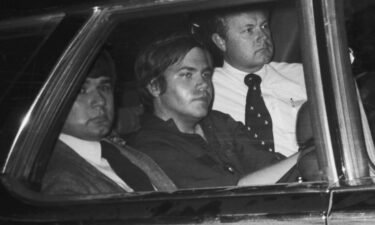 PHILADELPHIA, Pennsylvania (KYW) — A tree, which looks like it could fall on a house at any moment, is causing one South Philadelphia family many sleepless nights. They say their calls for help are falling on deaf ears.

Every night this family goes to bed they pray that their home is not destroyed by a tree in their backyard that’s just barely hanging on.

This mother-daughter duo reached out to CBS3 in hopes that someone will see their story and help. Right now, they say they are running out of options.

Due to physical limitations, Ginny Bowen is restricted to the first floor of her home, a place she’s lived in for more than 20 years.

But is it safe?

Bowen’s daughter, Cindy Candelore, shows us what they use to call their backyard.

“There’s actually wires hanging in between those branches as well,” she said.

But now this tree has taken over.

From what we can see, it’s being supported by wires and an old fence.

To make matters worse, this tree is not on the family’s property. It belongs to the landlord who owns the house directly behind her.

Eyewitness News reached out to PECO. In a statement, they say they were “on site in December, an investigator determined that there was not a safety issue as PECO’s lines were not damaged and electric service was not being impacted.”

They also say they tried to schedule a site visit again in July but were unable to access the property.

Bowen’s daughter worries every night she leaves her mom.

“I fear for her because she’s here by herself. She certainly can’t run out of the house being disabled. I don’t know if she’d get enough of a warning to do that,” Candelore said.

“We’ve been here so long. It is home,” Bowen said.

PECO said they will come back out and investigate the top of the house to see if there are additional safety concerns.

As for L&I and the landlord, neither party has returned CBS3’s calls.