Kasi Lemmons is all too aware of the difficulty filmmakers face when tackling movies about slavery.

This is part of the reason why she didn’t make one with her latest project about the life of Harriet Tubman.

“Harriet” (to be released November 1) stars Cynthia Erivo as Tubman, the woman who escaped slavery and came to be known as the “Moses” of her people for leading others to freedom.

Lemmons co-wrote the film with Gregory Allen Howard and said that while the film is set during the period of slavery in the United States, Tubman’s tale moves beyond that to her heroic actions in rescuing others from that life.

“What she went through is exciting and treacherous, you know?,” Lemmons said. “And so that’s inherent to the story. So that’s the story that we wanted to tell.”

Prepping for scenes was emotionally difficult and she said that she and her production designer, who is also African American, would “cry every day.”

“It’s heavy just to stand in the places,” said Lemmons of filming in locations in Virginia where slaves had lived. “It was kind of weirdly holy, you know, to stand where so many people had worked and died and loved and lived and had children and married and suffered.”

The film traces Tubman’s life from around 1849 to the Civil War and Lemmons felt an incredible responsibility to do right by a woman she so admires.

“Her presence is very powerful for me,” the director said, touching a necklace she wears with a medallion that honors Tubman.

And even though the cast includes Tony award-winning actors Erivo (for “The Color Purple”) and Leslie Odom Jr. (for “Hamilton”), she resisted using too much music in the film.

“You can’t not have music [with this cast] yet at the same time I didn’t want it to feel like a musical,” Lemmons said. “Music was very specifically used as communication, in her call to the enslaved people: ‘I’m here, come on, join me or it’s not safe.”

“It was coded in the lyrics and, and I thought that it was incredible that this was a very sophisticated form of communication that was completely over the heads of the overseers and slave owners,” she added. “If the black people were singing in the fields, they thought they were happy.”

As one of the few working, black female directors, Lemmons said she was proud to share Tubman’s story of triumph and freedom as something the escaped slave was willing to die for.

And what is Lemmons willing to die for?

“Truth,” she said. “Right now, in this time, people have a feeling that truth is somehow arbitrary. I pray for truth every day.” 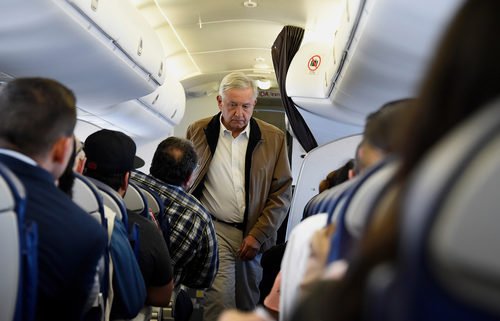