Continuing the most headline-producing movie press tour possibly of all time, Olivia Wilde stopped by “The Late Show with Stephen Colbert” on Wednesday with her take on what has lovingly been referred to as #spitgate.

For those who managed to avoid the details, the controversy stems from footage taken at the Venice Film Festival in which Harry Styles, star of Wilde’s film “Don’t Worry Darling,” was seen making a motion that caused some to believe he had spit on his co-star Chris Pine.

“I think it’s a perfect example of people will look for drama anywhere they can,” Wilde told Colbert. “Harry did not spit on Chris, in fact.”

A representative for Pine had, of course, also previously tried to clear the air, telling People magazine, “There is nothing but respect between these two men and any suggestion otherwise is a blatant attempt to create drama that simply does not exist.”

Styles has also joked about the rumor.

The whole incident was one of many buzzy narratives that have come out of the movie’s production and subsequent promotion.

The film itself, distributed by Warner Bros. Pictures (which is owned by CNN’s parent company), hits theaters on September 23. 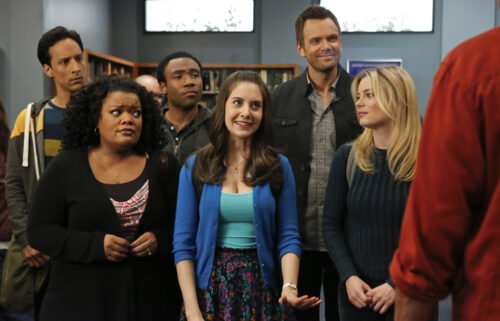