The luxurious 16th-century London mansion that belonged to King Henry VIII of England’s notorious chief minister, Thomas Cromwell, has been recreated for the first time.

Nick Holder, a historian and research fellow at English Heritage and the University of Exeter, conducted research into the 58-room mansion and worked with illustrator Peter Urmston to create an artist’s impression of the building.

Using plans, surveys and property deeds from the Drapers’ Company, which eventually acquired the property, and Cromwell’s own archives, Holder managed to piece together an idea of what the house would have looked like. The research was published Tuesday in the Journal of the British Archaeological Association.

“It was fun to be able to try and understand the house where Cromwell lived,” Holder told CNN. “He lived there with his wife and children and it was where his house and household gradually expanded over years, as his power, influence, wealth and status grew.”

Cromwell was instrumental in the English Reformation, and in passing the religious reforms that moved away from Catholic doctrine, allowing Henry VIII to divorce his first wife, Catherine of Aragon, and marry Anne Boleyn in 1532.

However, Holder said his research showed that Cromwell’s beliefs seemed to have shifted over time and that back in the 1520s he was a “conventional, traditional, Catholic English gentleman,” as evidenced by the presence of a Catholic relic in his former home.

The mansion was built on land that Cromwell bought from the Austin Friars monastery on Throgmorton Avenue in the City of London, and cost around £1,600 to build from scratch — or £1.4 million ($1.9 million) in today’s terms — beginning in July 1535.

Although many of the details of Cromwell’s early life remain uncertain, he was from relatively humble origins and was the son of a tradesman. He described himself as a “ruffian” in his early days, and spent a period of time in mainland Europe before his meteoric rise to power in England.

“He wants a grand London mansion, with impressive gateways and bay windows that sort of stick out over the street,” Holder said of Cromwell’s ambitions for the project, adding that it was probably partly designed by Cromwell himself.

Among other impressive features, the mansion included a large armory with enough weapons to arm 100 men, rich tapestries, a large stair tower, and bedding made of gold, damask and velvet.

After Cromwell lost favor with Henry VIII in 1540, when he arranged the King’s ill-fated marriage to his fourth wife, Anne of Cleves, he was arrested for treason and executed.

Henry VIII confiscated the mansion after Cromwell’s death and sold it to the Drapers’ Company, but the story didn’t quite end there — after selling the mansion, the King was suddenly struck by a wave of longing for one of Cromwell’s fruit trees.

“He sends a note to the Drapers’ Company, demanding to be sent Thomas Cromwell’s prized damson plum tree from the garden,” Holder said. “So having confiscated armory and tapestries and fine quality beds, it’s almost like a few months later, Henry suddenly remembered, ‘Ooh, there’s some decent fruit trees. I could get my hands on those.'”

Although the mansion burned down in the Great Fire of London in 1666, the Drapers’ Company headquarters stand on the site to this day. 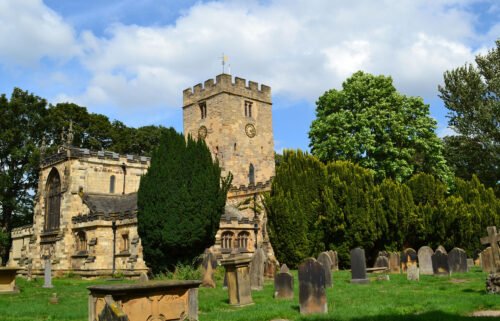 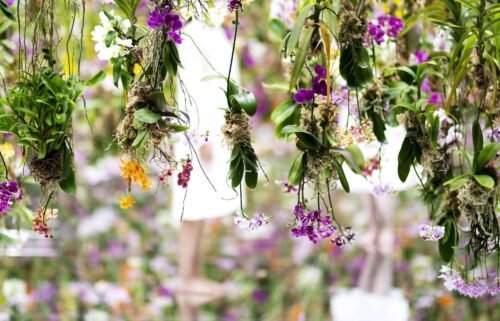