Zamyra Lugo-Principe was 18 years old when she began experiencing a terrible stomachache.

Doctors thought it was a virus.

She thought it was something more.

“I had so much energy and it was just gone,” Zamyra said.

When she stopped eating and her stomach bloated, her mother took her to get bloodwork done.

Shortly after arriving home, they got an urgent call to return to the hospital.

“The doctor came in and sat down on the bed and said ‘You have cancer,'” said Samantha Lugo-Principe, Zamyra’s mother.

Samantha said she started to cry when she heard the news, and she cried again when she told the year-old story to ABC-7.

“It was hard because I didn’t know if we were in a bad stage, or how long had she had this. There were no signs,” she said.

Zamyra was diagnosed with T-cell acute lymphoblastic leukemia in August 2018. As she was attending her high school prom in April, graduating with a diploma and an associate’s degree in May and celebrating her birthday in July, doctors believed she might have already been sick.

The next six months were a blur, said Zamyra.

“A lot of it, I was really sick. It was chemo after chemo,” she said.

As Zamyra underwent treatment for the cancer, Samantha also struggled. The single mother said she felt compelled to stay at Zamyra’s side — at the sacrifice of an income.

“(My employer) gave me family medical leave assistance but I ended up missing six months of work,” Samantha said. “I was at the hospital with her the whole time, day and night.”

“Of course, I didn’t have a paycheck,” Samantha added.

She credits the nonprofit organization Candlelighters of El Paso for helping pay her rent, utilities and groceries, and for providing them with a donated car when her vehicle broke down.

A year into her 2 1/2-year treatment, Zamyra said she feels better but is not completely herself.

“I used to be in a wheelchair,” Zamyra said. “There was a lot that I couldn’t do for myself, like, even showers and just getting dressed, or just walking, standing up. If I’m sitting on the floor arranging things in my room, there are still times that I have to hold onto the wall, or pull up on my bed, just to pull to get up.”

The teen, who is now 19, said she’s still bothered that she can’t run or dance as she once did.

But she said she has a glimmer of hope because she’s back in school.

“I’m going to UTEP,” Zamyra said. “I’m majoring in criminal justice. I want to do forensics, but now I’m 100% online classes,” she said, adding that taking courses online helps her be able to manage her health easily.

Zamyra has Candlelighters to thank, as well. She received a $1,000 scholarship from the organization that she used to buy books.

Samantha said she is optimistic about Zamyra’s future, for both her health and her education.

“We’re just looking forward to her graduating, getting her bachelor’s degree,” she said as she smiled. “I can’t wait to see her leave this all behind.”

In honor of Childhood Cancer Awareness Month, ABC-7 has been featuring the stories of young cancer patients, with the help of Candlelighters of El Paso.

Candlelighters, a nonprofit organization, assists families of children who have cancer by providing financial assistance as well as summer camps, counseling and other forms of therapy. 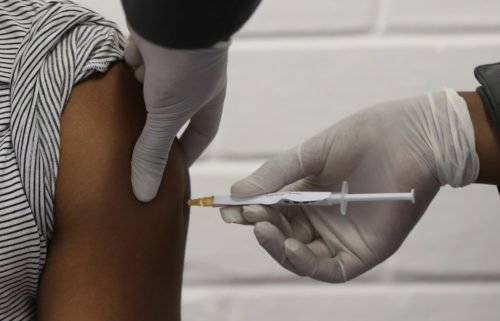 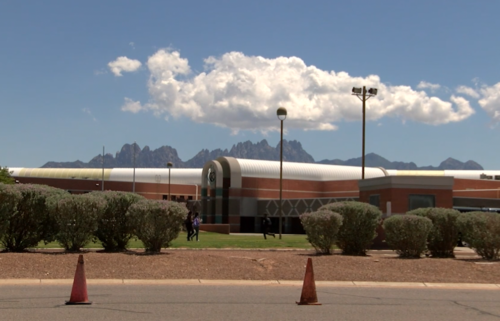