Women who live in states with strict and punitive abortion laws account for the majority of requests made to a website that supplies abortion medications, a new study has found.

The website, Women on Web (WoW), has been run by an international non-profit since 2006 and provides abortion medications — under doctor supervision — to women who have submitted medical paperwork prior to 10 weeks of gestation.

The WoW website serves women who live in countries where safe abortion is not available. It does not currently serve women in the United States, but American women are still filling out the paperwork requesting help.

For Americans, WoW offers a trained professional who will send information about local options that are available, if there are any, and they will also send details about any online pharmacies that sell mifepristone, or they will share details about local groups that may provide financial or logistical assistance.

The authors of the study, one of whom founded WoW and is the organization’s current director, started tracking where the US requests were coming from between October 2017 and August 2018. The study noted there were 6,022 requests for help from American women during that time period.

The analysis, published Thursday in the American Journal of Public Health, found that 76% of the abortion medication requests came from residents who lived in states with strict abortion policies. Since 2011, state lawmakers across the country have introduced 450 restrictions on legal abortions.

In states with fewer restrictions on abortion, such as New Hampshire, Oregon, Minnesota, California and Maine, there were fewer requests.

Women who lived in restrictive states said the biggest barriers they faced in getting an abortion at a clinic included cost, distance to a clinic, legal restrictions and protesters.

The No. 1 reason women who lived in states where there were fewer restrictions still made requests was the desire to keep the abortion a secret. But even in states with more supportive policies, women noted similar barriers to care, such as cost and distance.

The authors noted other demographic characteristics that made this group of women different from women who sought an abortion in a nonhospital setting. Those seeking help online were slightly younger; 52% of those who made a request were between 20 and 29, and 21% were younger than 20, the study found.

The researchers said they hope this study will fill an “important gap” in the existing scientific literature, explaining exactly where the online demand is for this kind of telemedicine — even if it is limited to requests of this one website.

Some women may go directly to online pharmacies that can provide the drugs. In the United States, mifepristone and misoprostol typically require a prescription, but there are some pharmacy sites that will provide the drugs without one.

“This is like with any other health care issue. This study shows that people will go online and try to find help, especially when you add barriers like the ones women seeking an abortion face,” said Megan Donovan, a senior policy manager at the Guttmacher Institute, an organization that provides research on reproductive heath issues. She was not involved in the new research.

“The cost, the distance to the clinic, the time you need to take off of work, the cost and challenge of getting childcare and those other out-of-pocket costs — on top of the cost of the procedure itself — stack these on top of each other (and) it makes perfect sense that there is a demonstrated demand for these services, especially in states with these restrictive laws,” Donovan said.

She noted, though, that online services cannot solve all the problems for women who need an abortion.

“It’s important to acknowledge that telemedicine like this can be a work-around, but at the end of the day, it can’t entirely be a substitute for clinic-based care,” Donovan said. “And women should be able to access this kind of heath care when they need it.” 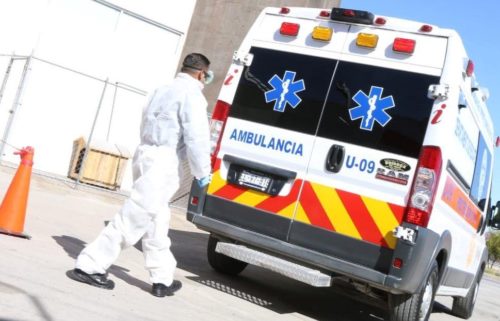