EL PASO, Texas – The number of confirmed cases of coronavirus in El Paso County jumped to at least 12 as of Tuesday evening, officials said.

While officials declined to provide any specific information about the newest cases, university officials identified a Texas Tech University Health Sciences Center El Paso student and two University of Texas at El Paso employees as among those who tested positive.

The TTUHSC student contracted the disease while traveling in California, officials said. They indicated the student is self-isolating in El Paso and had not been on the school's campus or at any clinics since returning from the trip.

The university said the El Paso Department of Public Health was communicating with the student and the people that the student had been in contact with.

Meanwhile, UTEP said two men who work for it were diagnosed with the virus after traveling to an out-of-town event and returning to El Paso last week. Both employees are in self-isolation and recovering at home, officials said.

"One of the employees had limited access into the Foster Stevens Basketball Center and the Larry K. Durham Sports Center on March 13. Both facilities have been isolated and have been cleaned regularly with disinfectant," UTEP said in a statement Tuesday night.

The El Paso County confirmed case total of 12 does not include Fort Bliss, which has four cases currently. 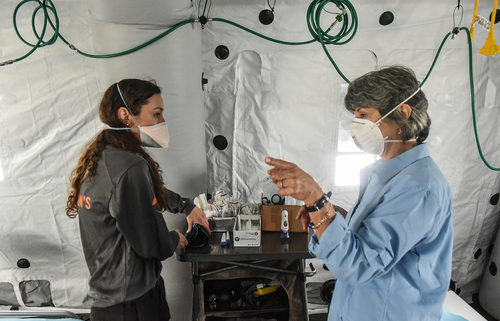