Florida surpassed 200,000 cases of Covid-19 on Sunday, following the Fourth of July holiday during which the state recorded its most cases reported in a single day.

At least 40,000 cases have been reported by the Florida Department of Health in the last four days. On Saturday, the Sunshine State reported 11,458 cases, the most reported in a single day, beating the previous record that was set on Thursday.

The state has now surpassed New York’s previous single-day high of 11,434, which was recorded in mid-April.

“Our county closed down the beaches for the July Fourth weekend, in the hopes that all these rules will have an impact, a positive impact,” he added.

For Miami Beach Mayor Dan Gelber, what’s alarming is the number of hospitalizations that will likely follow.

“This is just the positives,” Gelber told CNN. “It’s going to get much worse.”

The continued spike in cases came as millions of Americans marked a very different Independence Day, with many choosing virtual celebrations or canceling plans altogether amid mounting concern over the pandemic.

The changes followed pleas from health officials warning that holiday crowds and packed gatherings would likely lead to further spikes in cases.

But while many cities took measured approaches to celebrate the Fourth of July, images emerging from the holiday weekend show not everyone is taking the warnings seriously.

These are the states that require masks

A video posted on Instagram showed a crowd of maskless July Fourth revelers packed close together at Diamond Lake in Michigan.

“We can’t control what people do,” a resident who runs the Instagram page told CNN. The resident — who asked to remain anonymous, citing safety concerns — said that the majority of people in the video were either residents or make the area their summer home.

“We made announcements saying we’re trying not to have everybody right packed in tight,” the resident said. “We wanted to have more distance between people, and you know that’s just young people wanting to enjoying their freedom.”

Crowds flocked to Virginia Beach shores Saturday, even after the city canceled its holiday fireworks display to “help keep Virginia Beach safe in the face of the coronavirus pandemic.”

Rehoboth Beach, Delaware, saw similar scenes as beachgoers opted to celebrate by the water Saturday. Earlier this week, the state’s governor announced bars at Delaware beaches would be closed for the holiday weekend.

Meanwhile, in California, where many beaches in the southern part of the state closed for the holiday weekend, the beach crowds in San Diego were reminiscent of years past. CNN affiliate KSWB reported many were not social distancing or wearing masks.

“It seems pretty regular for the Fourth of July with definitely a lot of people,” Marine Safety Lt. Rich Stropky told the affiliate.

Masks and social distancing were also features that were mostly absent from the White House Fourth of July celebration. Tables on the White House South Lawn were somewhat spaced, with about six chairs per table.

And as people tried to beat the July heat, many congregated in the shady areas of the space, not distancing at all.

Coronavirus cases were on the rise in 34 states over the past week, with 12 recording an increase of more than 50%, according to data from Johns Hopkins University. Three states — Kentucky, New Hampshire and Vermont — are reporting a decline in cases.

Nearly half of US states have halted their reopening plans as new coronavirus cases surged to record-breaking numbers in recent weeks.

Phoenix Mayor Kate Gallego, a Democrat, told ABC’s “This Week” that her state “opened way too early.“ She attributed much of the “explosion” in cases to people between the ages of 20 and 44.

Miami Beach’s Gelber told CNN that hospital capacity in his city is dropping. In the last two weeks, he said, hospitalizations have doubled.

“Too many people obviously are not taking seriously at all these admonishments to socially distance, to wear masks, all those things,” Gelber said.

Rising hospitalizations could lead to another shelter-in-place order, the mayor said.

“We’re going to try to avoid a full shelter in place, but we can’t take that out of the out of the equation because, frankly, if our hospital system is so overwhelmed, well, then we will have to consider that, obviously,” Gelber said.

Concerns about hospitalizations have also been felt in at least two Texas counties that said their hospitals hit maximum capacity.

In Starr County, at least two patients had to be flown out of the area for treatment.

“The local and valley hospitals are at full capacity and have no more beds available. I urge all of our residents to please shelter-in-place, wear face coverings, practice social distancing and AVOID GATHERINGS,” Judge Eloy Vera said.

In Hidalgo County, Judge Richard Cortez asked residents to shelter in place and “only call 911 if absolutely necessary.”

Outbreaks have been popping up around the country, including at the University of Washington in Seattle, where 121 students tested positive, according to a joint press release from the university and Public Health Seattle & King County.

Of those, 112 are residents of fraternity houses on Greek Row in the north section of campus, the release said. Students who tested positive but are not residents of the houses are close contacts.

On July 3, the student-led governing board for UW fraternities reported that at least 117 residents living in 15 fraternity houses self-reported positive tests, the release said.

News of the infected students could signal what many colleges across the country face as they prepare for the fall semester and outline plans for on-campus housing.

In north Georgia, an unspecified number of counselors and campers from summer camps have tested positive for Covid-19 after one counselor was first confirmed positive on June 24, according to Lauren Koontz, CEO and president of the YMCA of Metro Atlanta. The counselor was immediately sent home and both locations for Camp High Harbour were closed.

“We have since learned of additional positive Covid-19 test results of campers and staff,” Koontz said in a statement, “but cannot confirm a number.”

Koontz pointed out that while preparing for camp, the YMCA of Metro Atlanta collaborated with the CDC and the American Camp Association, in addition to following guidance outlined by the state. 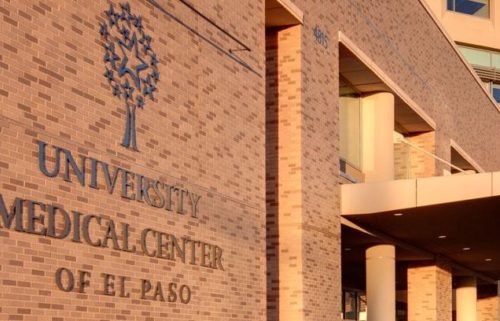 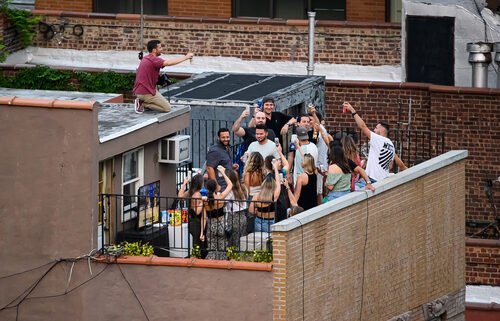