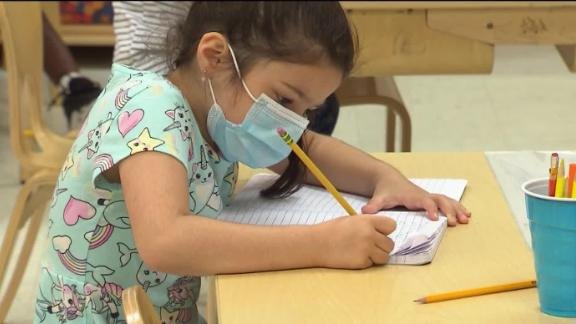 EL PASO, Texas (KVIA) -- Known active coronavirus cases more than doubled among teens in El Paso between Aug. 28 and Sept. 28, according to county health data. The number of known active cases nearly tripled among children under the age of 13.

When it comes to positive cases on school campuses, Dr. Ocaranza said plans will vary, as each district and even each classroom is different.

One of the concerns about coronavirus cases in children is the possibility of patients developing multisystem inflammatory syndrome, which can cause inflammation to the organs. Ocaranza said this condition is not common, but can be very serious.

"Since the children have a very active immune system and the Covid produces a reaction of those inflammatory mediators, that can cause damage to many organs," he said. "Fortunately it is not common, but it could be life-threatening."

Ocaranza said parents should consider their child's medical state before sending them back to campus, paying special attention to children who might be considered to be at high risk for Covid-19 complications or considered medically fragile.

"Talk to your primary care provider, see what's going to be the best approach and see what the risk and benefits are," he said. "Make the proper decision between the parents and the pediatrician or pediatric specialist, whether it is appropriate to go to school or not. We need to look at all those factors on a case-by-case basis.

Ocaranza said all parents should stress prevention measures with their children. He said that children should be comfortable wearing a mask and washing their hands frequently before returning to school campuses.